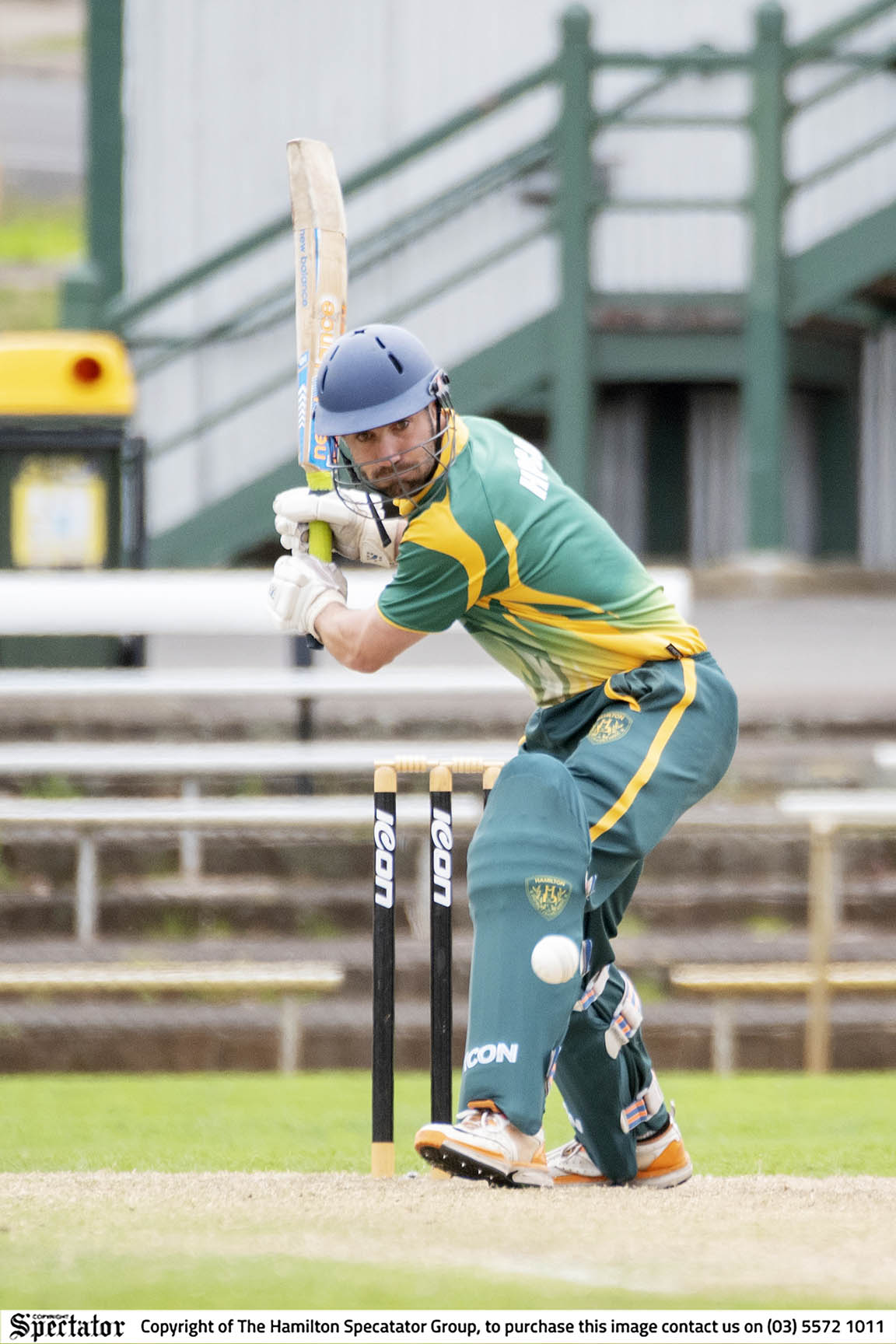 SIMON Close led the way for the Hurricanes with the bat, smashing 87 and helping the team to a comfortable win against Grassmere Cricket Association on Sunday. Photo: LAUREN HAY.
By Adam Hill

The game was initially scheduled for Monivae, but overnight rain on Friday forced the game to be moved.

The visitors won the toss and batted first, as Hamish Gleeson and Ben Julius looked to get Grassmere off to a positive start.