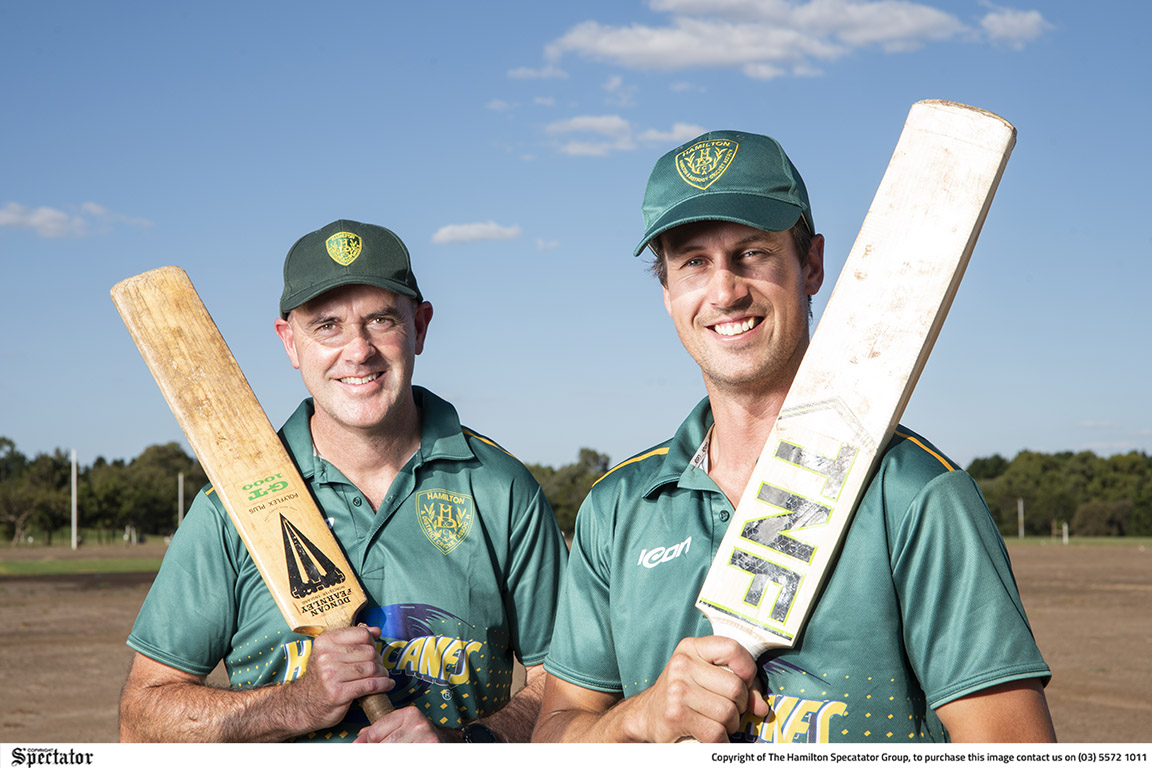 MATT Hill (Over-40s) and Brendan Huf will be key features across the two games tomorrow for the HDCA. Photo: LAUREN HAY.
By Mitch Lang

TOMORROW sees round two of the Festival of Cricket take place, as the Portland and District Cricket Association (PDCA) sends two teams north, including an Over-40s game.

The Hamilton and District Cricket Association (HDCA) will look to make it two wins on the trot tomorrow at Monivae, taking on the PDCA in lieu of senior country week campaigns.

The Hurricanes have five changes from last game with unavailability forcing key personnel out, while the team welcomes back some class.

Brendan Huf is back after missing the first game as well as opening bowler Matt Killey, with coach, Nic Cullinane, excited about the pair’s inclusion.

“It’s always good to have Hufy as a part of the squad,” Cullinane said.