Hendriks thriving in the cricket world 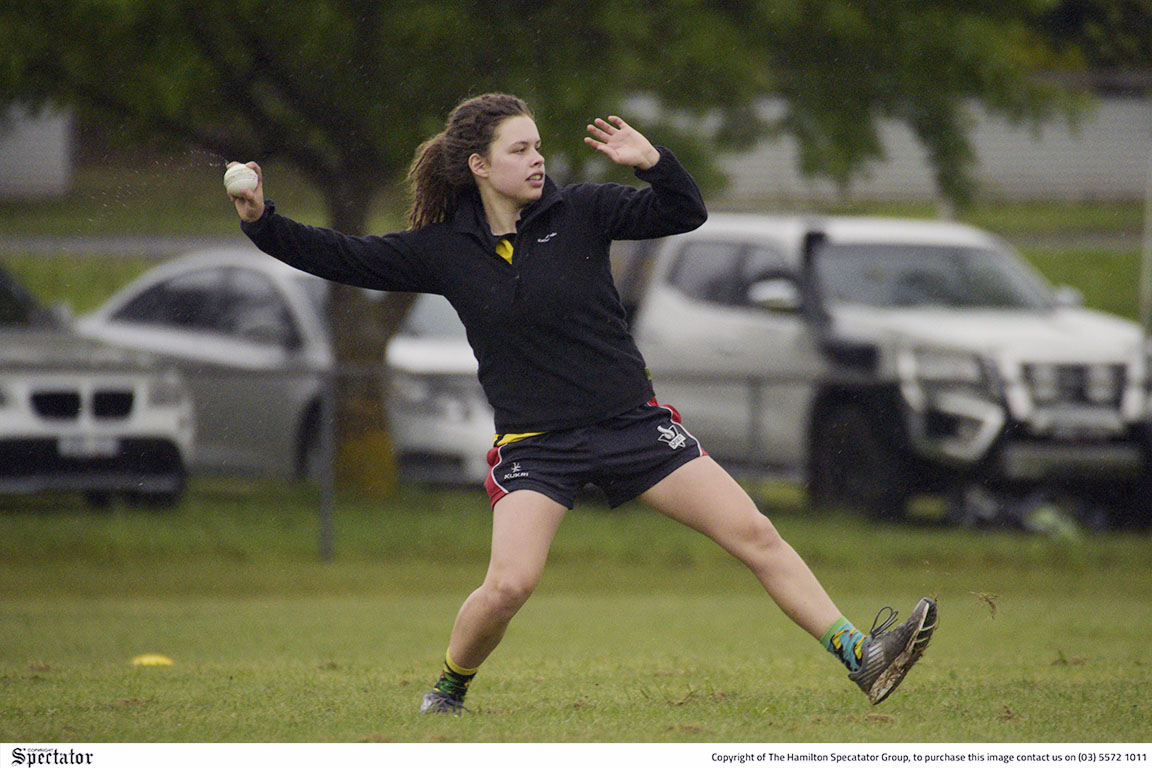 AISHA Hendriks is one of the region’s most promising young female cricketers. Photo: LAUREN HAY.
By Mitch Lang

HARD work, dedication and a love for the game has seen one of the most promising young cricketers in the region, Aisha Hendriks, rise in the sport.

A talented all-rounder, the 13-year-old has dedicated countless hours to her game and has played at the state championships as a reward.

Her weekly cricket schedule is full, playing women’s cricket with Tarrington on Friday nights, along with senior and junior cricket St Andrew’s games on Saturdays, along with representative cricket in between.

Despite being run off her feet, Hendriks said she loves the game because of what it offers, and its ability to throw something different at you every day.

“I like cricket because it is a good mix between a team sport and an individual sport,” she said.

“It’s a lot of fun to play because you can learn a lot in one game but can never play the same game twice.”