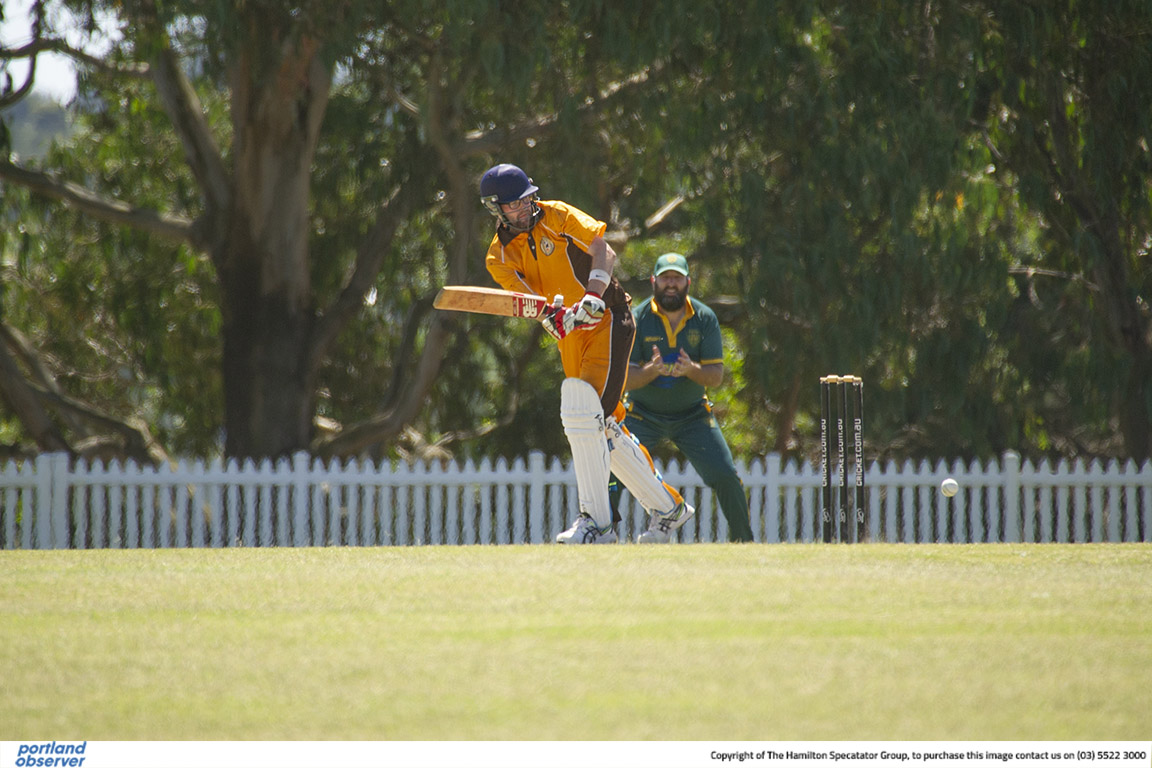 PORTLAND'S senior side was led by Luke Evans (pictured) who put together a spirited half century during his team’s run chase at Monivae College. Pictures: BLAIR BURNS 210221BB040
By Portland Observer

The 50-over one-day contest, played as a part of a regional Festival of Cricket between associations in Portland, Hamilton, Warrnambool and Grassmere, began with the toss – won by Hamilton captain Mitch Lang who sent his team out to bat.