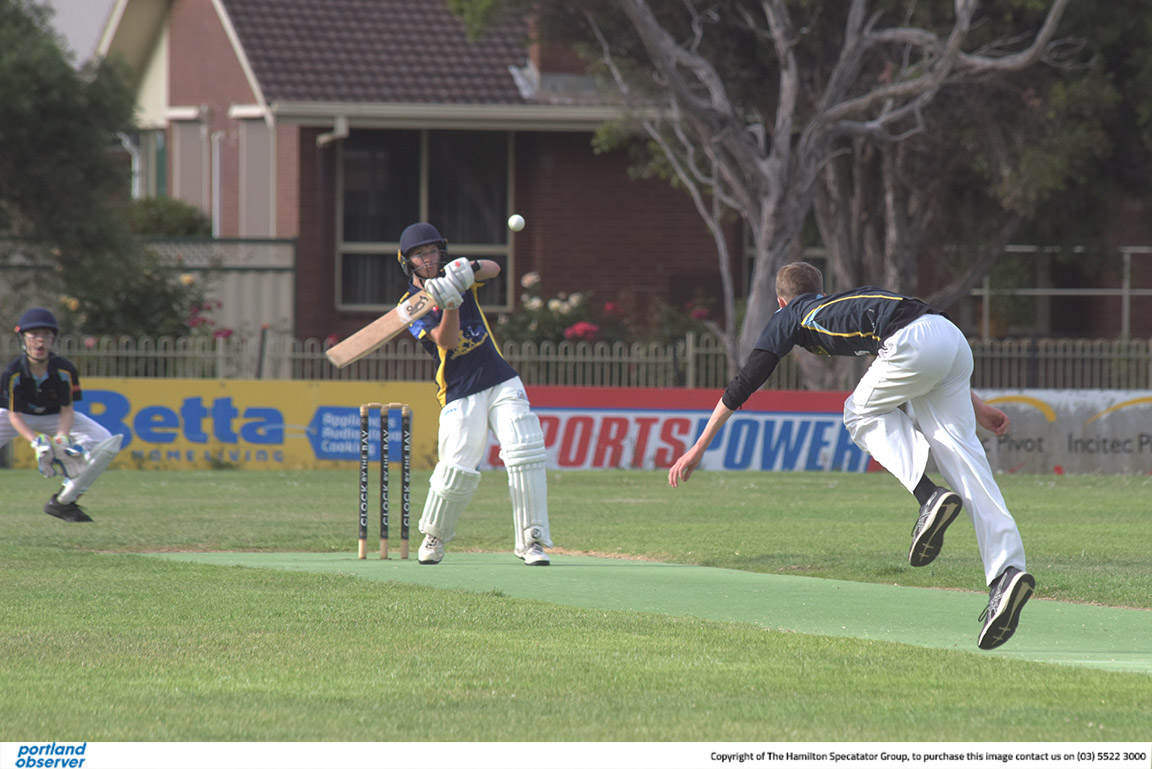 GORAE-PORTLAND are the Portland and District Cricket Association’s under-16 premiers after defeating Portland Colts in the grand final on Tuesday evening. A quality batting and bowling performance from Colts’ Chad Hollis (right) wasn’t enough to stop Harvey Reynolds (left) and his team from completing an undefeated season. Picture: DENIS BELDEN 210302DB10
By Admin

GORAE-PORTLAND have won the grand final of the Portland District Cricket Association’s Under-16 competition, with a brilliant victory completed over Portland Colts at Alexandra Park on Tuesday night.

A man-of-the-match performance from Ethan Williams, who claimed 6-11 with the ball, helped Go-Ports restrict Colts to 7-121 on the first night of play, on Monday night.