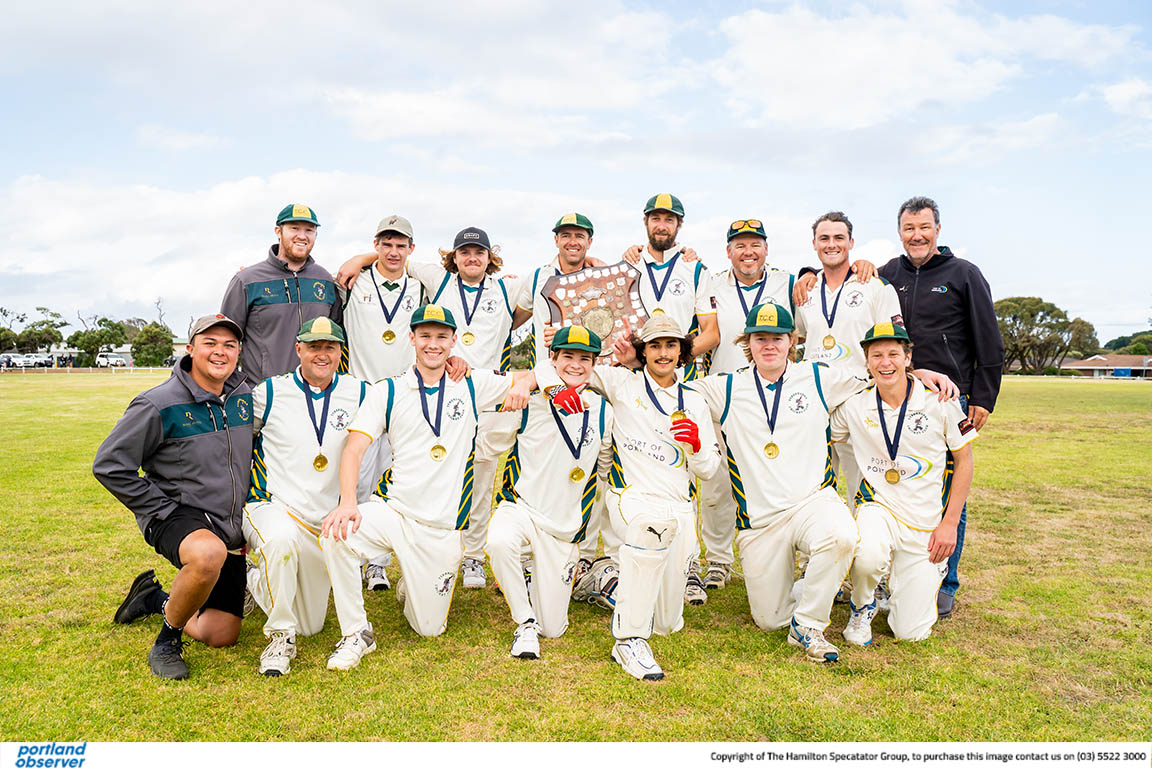 TYRENDARRA are the Portland and District Cricket Association’s A grade premiers for the 2020-21 season following a comprehensive grand final victory at Cavalier Park on Saturday.

It was a win to remember, built on the back of a brilliant all-round performance from man of the match Ben Menzel who topped scored with 49 and then claimed 4-14 with the ball.

Saturday’s one-day grand final was high tension from go-until-woe, with the match beginning on time at 12.30pm after the morning’s heavy rain began to ease shortly before the match was due to begin.

Portland Tigers’ captain Will Oakley won the toss and made the surprise call of opting to bowling first.

Tyrendarra captain Cam Mather said it was a decision he was shocked, but happy to hear.

“I was surprised that Tigers wanted to bowl first after winning the toss because I was really keen to have a bat if we got the chance,” Mather said.

“The weather had been really bad prior to the match but the forecast was optimistic and I didn’t think it would play too much of a role in what was come.

“Kudos to Tigers though, it was pretty obvious that Will (Oakley) and his boys rocked up with a clear plan on how to approach the match and they stuck with their guns.”

With Tyrendarra finishing in third and Tigers finishing in fourth, a grand final left incomplete at the end of the day’s play for any reason would leave Tyrendarra with the premiership.

Tigers’ Oakley said this factored heavily into his decision to bowl first.

“The weather unfortunately didn’t leave me with too much of a choice,” Oakley said.

“As they had finished higher on the ladder, a rain affected match where they could bat second meant they just had to bat their overs and reach the end of the day’s play and they would win.

“They get the win in that scenario regardless of whether or not they made the runs, so we rolled the dice on bowling first, and unfortunately it just didn’t pay off.”