A year in the making 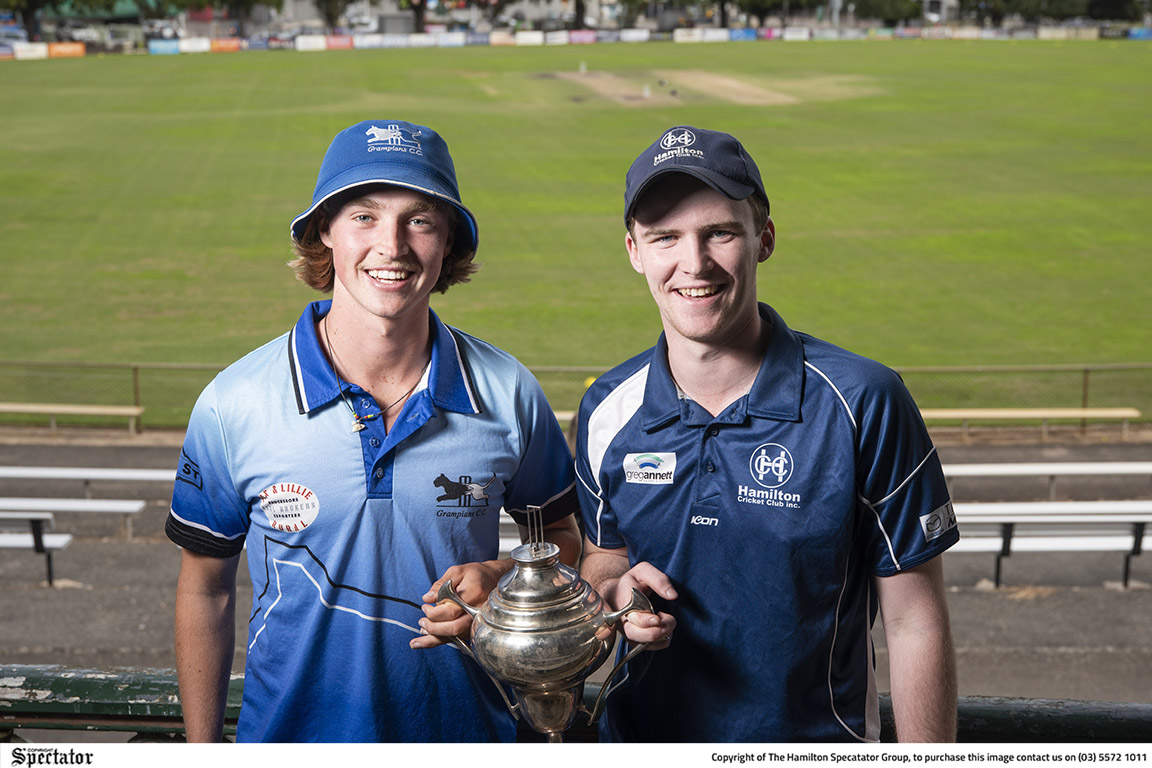 PUMAS skipper, Lachie Field, and Hamilton captain, Mitch Lang, will lead their teams into the A grade decider today with the Dundas Cup on the line. Photo: LAUREN HAY.
By Adam Hill

THE Dundas Cup will be up for grabs in today’s Hamilton and District Cricket Association (HDCA) A grade final between Hamilton and Grampians.

The season decider will again be played at Melville Oval, as the Blues look to defend last year’s premiership victory.

Both teams were set to do battle for the 2019-20 premiership before COVID-19 forced the game to be abandoned, giving the Blues the title for the season after finishing the campaign as minor premiers.

The Pumas will be out for revenge and captain, Lachie Field, is in some of the best form of his career.

The 20-year-old skipper said the fact last year’s final did not go ahead added to the motivation for today’s clash.

“I think it definitely makes us hungry, it is a whole new season and I am sure Hamilton will be hungry as well,” he said.

“I think anyone going into finals, even last week, was a bit nervous but I think everyone is just excited.

“It will be a great match.”