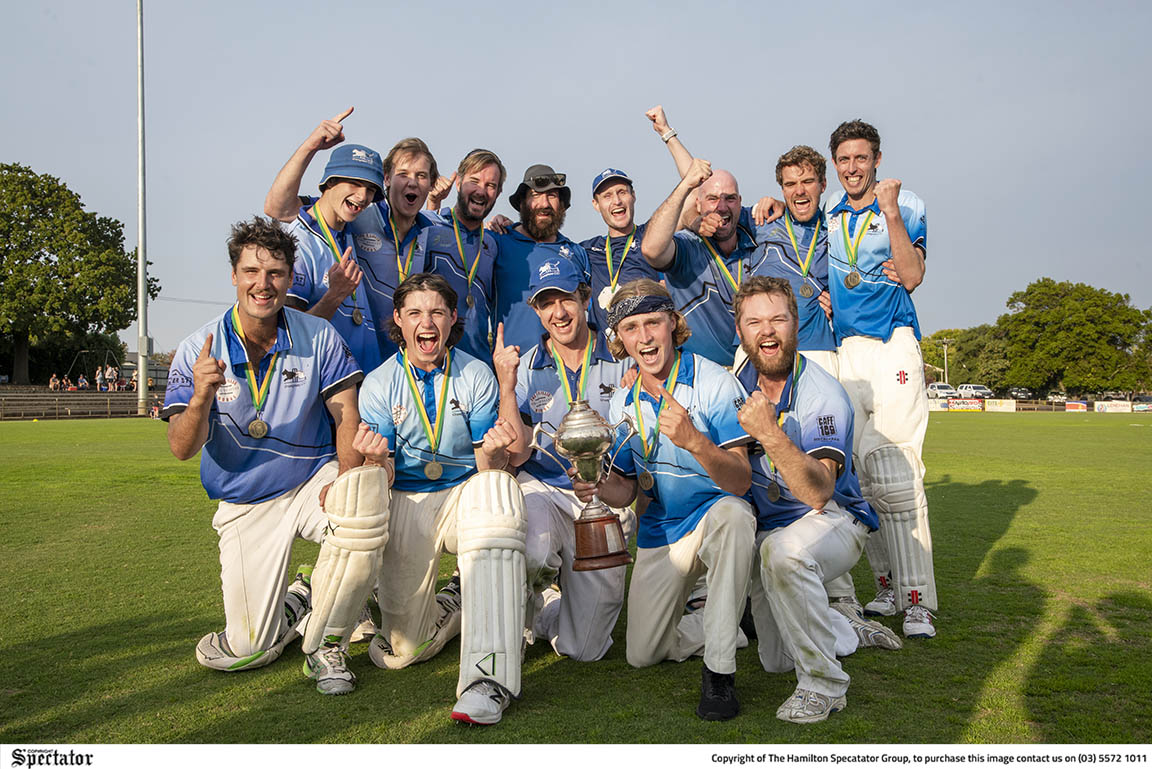 GRAMPIANS has claimed the Hamilton and District Cricket Association (HDCA) A grade premiership, defeating Hamilton by three wickets at Melville Oval on Saturday.

The Pumas won the toss and sent the Blues in to bat, as skipper, Mitch Lang, and Fionn Neeson opened the innings for the reigning premiers.

The pair looked solid in the opening overs and got the Blues off to a positive start, reaching 60 before Neeson nicked off to Carl Joyce for 20.