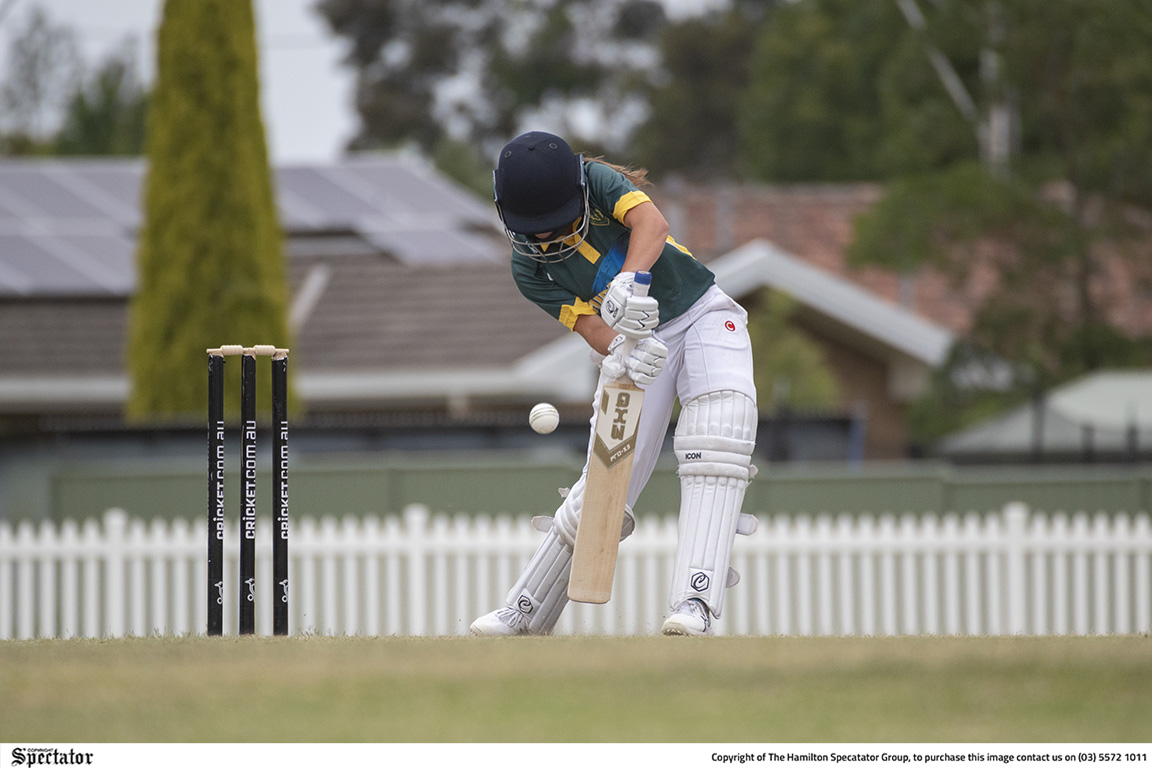 A PROMISING local cricketing prospect, Jess Field, continues to establish herself at the state level after another Victoria Country appearance.

The bowling all-rounder was selected to play in the Under-19 female Emerging Easter Series and was also named co-captain of the Victoria Country team.

Field said being named one of the team’s captains caught her off guard, but it was a role she was humbled to fill.

“It’s always a great feeling when you’re selected for a team no matter what the role is, so I was very excited,” she said.

“Being selected as captain did surprise me, but I was very honoured in receiving it and keen for the tournament to see how it would all play out.”

Field entered the tournament for her bowling, tallying 29 overs across seven games while she batted at eight for the majority of the week.