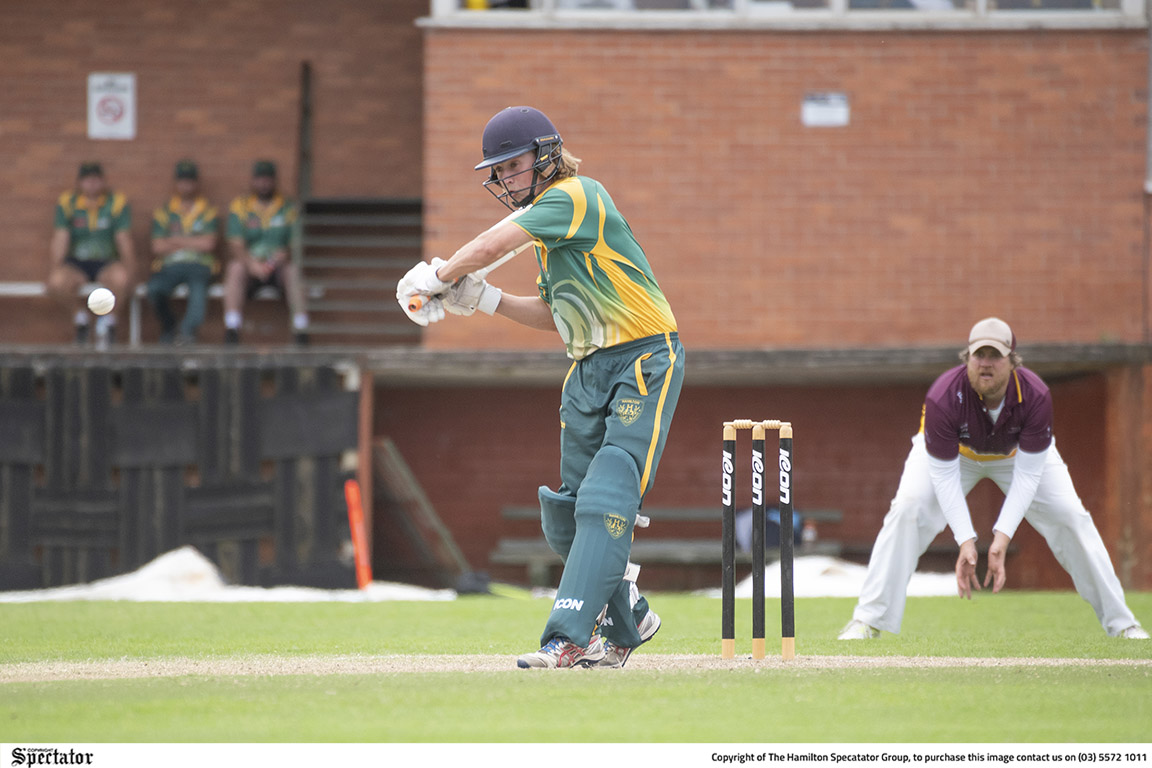 GRAMPIANS captain, Lachie Field, was selected in the Western Waves team of the year, hitting the most runs of any batsmen selected. Photo: LAUREN HAY.
By Mitch Lang

FOUR of the Hamilton and District Cricket Association's (HDCA) best batsmen have been selected in the Western Waves team of the year.

Lachie Field, Simon Close, Luke Merryfull and Hamish Bailey have all been selected in the final team of 11 players.

The Western Waves team of the year is selected from players out of Hamilton, Portland, Warrnambool, Horsham, Wimmera Mallee and Grassmere Cricket Associations.

The HDCA dominated the batting stocks with Field and Close filling the opening batsmen roles, while Merryfull and Bailey are listed as first drop and fourth respectively.

Field makes the squad after notching 636 runs at an average of 53, while also claiming 21 wickets as an off-spinner.