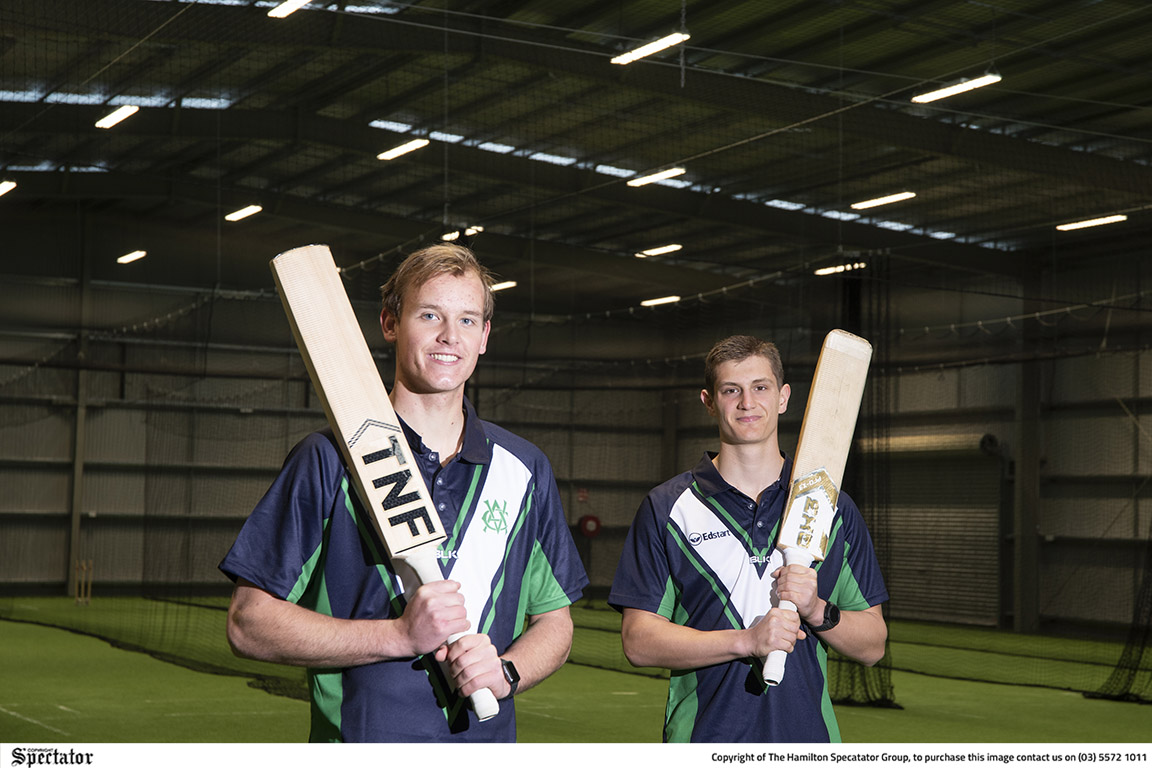 LOCAL emerging cricket talents, Vincent Huf and Fletcher Cozens have both signed on to play with Geelong Cricket Club for the 2021-22 season. Photo: LAUREN HAY.
By Blair Burns

Both boys are just 17 years old and are hoping to further their cricket and play at the highest level possible, they decided that a move to Geelong worked best for both of them due to the location in comparison to a Melbourne-based club.