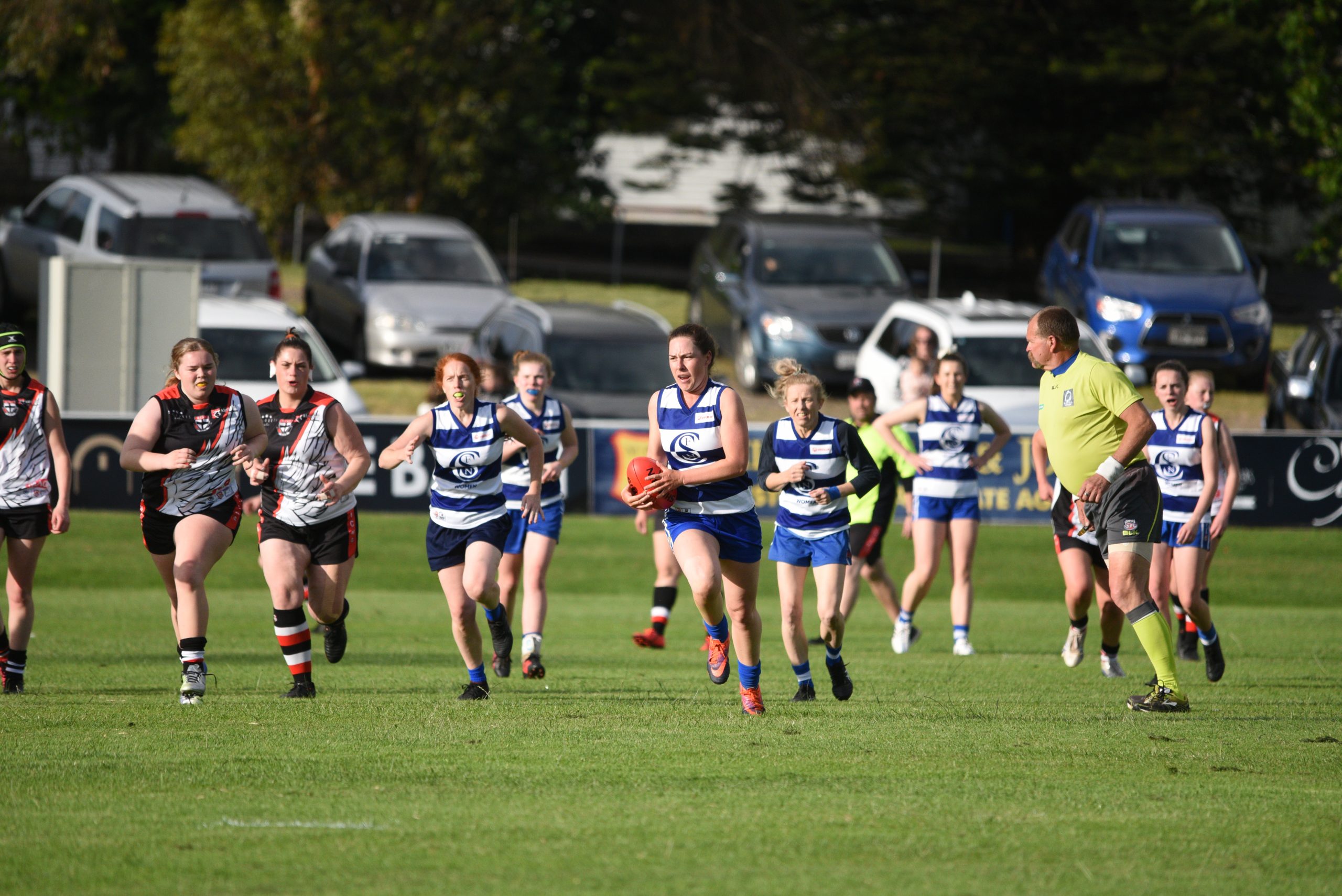 CASTERTON-Sandford heads into round five of the Limestone Coast Women’s Football League in a creditable fifth position on the ladder, with two wins and two losses on the board.

Round one saw the Cats down by just 15 points to power side and currently second-placed South Gambier, before taking down the North Gambier Tigers by more than six goals in round two.

They ruffled feathers in round three in a low-scoring affair, holding Millicent to just three points, while managing to post two goals, five and their second win.

Coach Mark Widdicombe said better numbers for 2019/2020 and a season under their belt had given the Cats’ women greater confidence and the scoreboards were reflecting that, despite ongoing challenges.

“We’ve got more players on paper than we did last year - 27 on our list - but with people coming from away it’s a bit hard for everyone to commit every week, but they make it work.

“Last year we finished eighth or ninth on the ladder, so fifth right now out of the 10, is looking really good.

“The girls got a little sniff of it last year, so they’ve coming into this year knowing what to expect.”

Scarlett Jarrad returned to the Casterton-Sandford line-up this year, after playing in the SA rep side in 2018/2019 and being named in the Limestone Coast’s team of the season.

Jarrad sits at the top of the Cats’ goal scoring table with four majors to her name – three in the side’s round two walk-over against North Gambier – and three mentions in the team’s best.

The addition of Mumbannar woman, Erin Horsnell, has given the team a new target in the forward line and is already paying dividends.

Horsnell was named best-on for the Cats in all four games this season and kicked majors in two out of the Cats’ four wins.

“Erin Horsnell joined us this year and she’s a little gun, probably a little bit like (Jarrad) – no fear and really committed to the ball,” Widdicombe said.

“She lives for her footy, travels into Casterton twice a week for training and drives home through the ’roos, travels for matches; she’s really dedicated.”

Round five of the LCWFL kicks-off next Sunday, February 9, with Kalangadoo hosting the day’s matches.

The Cats will line up against the home side at 4pm and should have no problem accounting for the ninth-placed Magpies.

The following week, Casterton-Sandford hosts round six at Island Park and despite proving their prowess with home-ground advantage last season, the Cats will have a battle on their hands, playing top-of-the-table Kybybolite.

Kyby lost the LCWFL grand final in an upset to Mundulla in 2019, but made its intentions clear from round one this season, with a turnaround 25-point win over the Tigers, followed by 102-point, 83-point and 90-point wins over Penola, Glencoe and Kalangadoo, respectively.

“Unfortunately, Kyby hasn’t lost a game yet and the girls are going to have one of the hardest games for the season, that weekend,” Widdicombe said.

“But with the home ground advantage, like they did last year, they might get a little sniff and just take it.”

Round six of the LCWFL kicks-off at Island Park at 11am on Sunday, February 16, with wooden-spooners Kalangadoo and Kongorong starting  proceedings, followed by Millicent and South Gambier at 12.15pm, Glencoe and Mundulla at 1.30pm and Penola and North Gambier at 2.45pm, before the Cats’ feature match at 4pm.

Patrols return for the summer period
19 hours ago

Overflowing bins not a shire issue
3 days ago

Balmoral shares the dignity
3 days ago