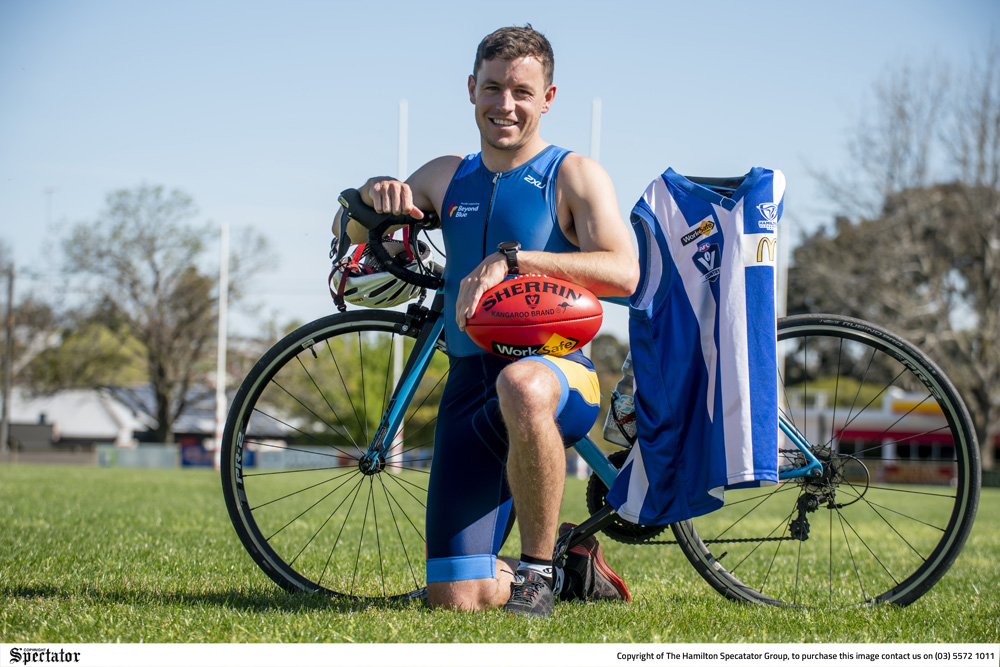 HAMILTON Kangaroos recruit, Andy Wettenhall, has used his passion for fitness and triathlons to raise money for Beyond Blue. Photo: CHRIS DOHENY.
By Mitch Lang

ANDY Wettenhall was set to pull on the Hamilton Kangaroos guernsey for the first time in April, but coronavirus forced him to postpone it for at least 12 months.

Wettenhall came to the Hampden Football Netball League club from the Central Highlands league in pursuit of a higher standard, made possible after the 27-year-old moved to Hamilton for a job opportunity.