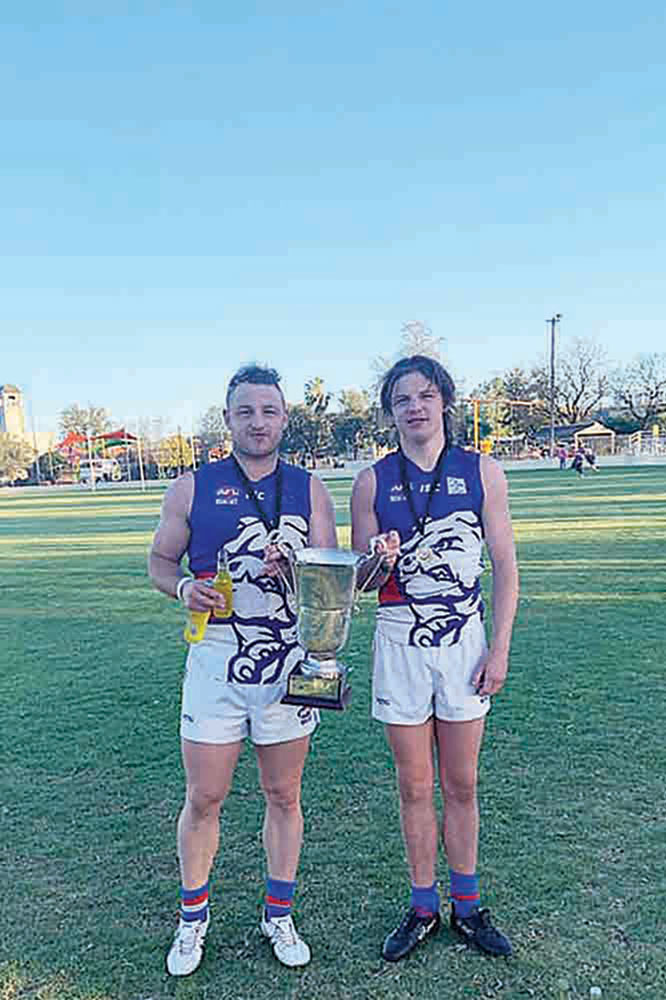 BROTHERS Jaydon and Josh Stiles have completed their domination over the AFL North West NSW Football League, winning the premiership with the Gunnedah Bulldogs on Saturday afternoon.

Four months ago, with the Victorian Government’s coronavirus lockdowns looming and the chances of community football going ahead slipping by the day, 26-year-old Jaydon travelled interstate and joined Gunnedah in a league based 430 kilometres north of Sydney.

Younger brother Josh, 19, decided at the last moment to head along too, and it’s a move that’s paid off, with the Bulldogs performing a clean sweep of the six-team senior competition.

On Saturday afternoon, Gunnedah lined up against Tamworth Swans in the senior grand final at Wolseley Oval in Gunnedah and came away with an 18.16 (124) to 11.6 (72) victory.

The grand final was one of the closer contests of an otherwise lopsided season, with just 18 points separating the two teams at half time, with that lead extending to 23 points at three quarter time.

The final quarter, much like the rest of the season, was a blowout championed by none other than Jaydon Stiles, who kicked eight of his team’s 18 goals for the day.

The Bulldogs won 10 matches in a row during the home and away campaign and Jaydon Stiles was the winner of the league’s leading goal kicker award with 64 goals from eight matches.

He also finished as runner-up in the league best and fairest award with 14 votes, trailing team mate Josh Chiavaroli with 17 votes.

Jaydon Stiles was a key player for Portland in the club’s debut season (2013) within the Hampden Football League, kicking 30 goals as a teenager.

Josh Stiles was an important player for the Tigers last season within the under-18.5 competition, kicking 17 goals in 18 games.