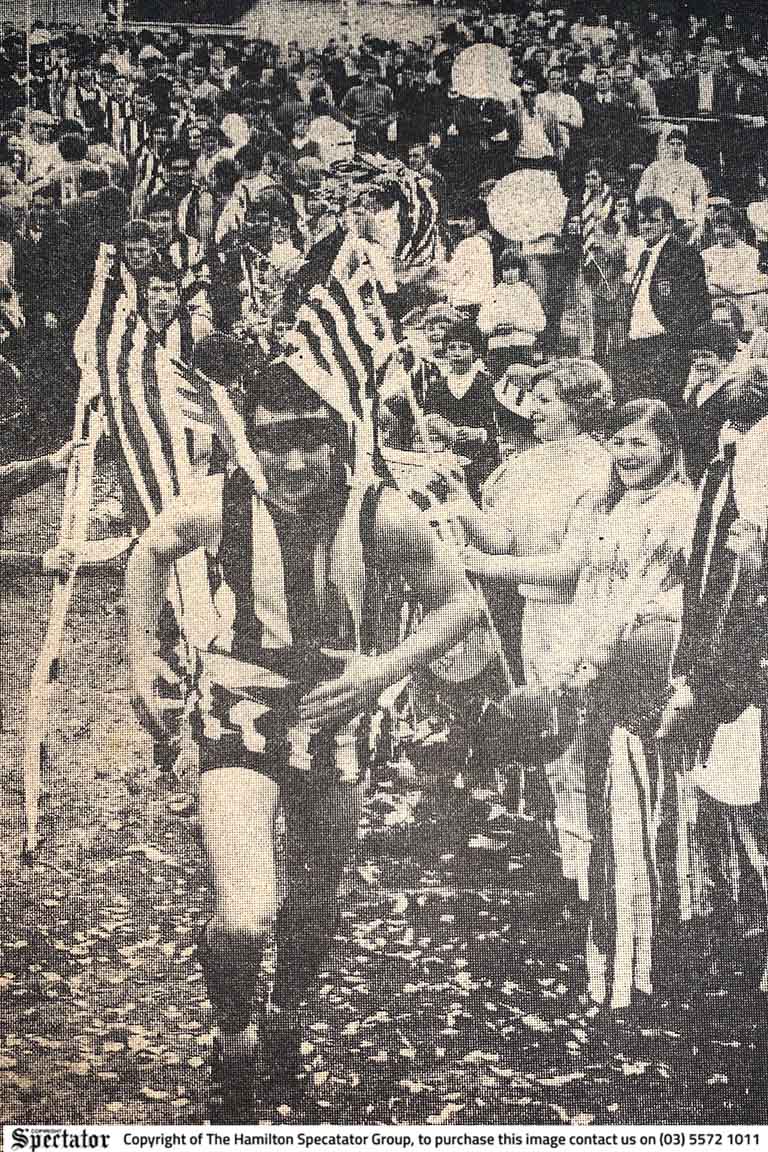 The 1970 captain coach of the Magpies came from St Kilda where he played a pivotal role in the Saints’ only VFL/AFL premiership in 1966, finishing his tenure with 76 games.

He arrived at Hamilton via Mooroopna and spent two years here with the 1970 campaign finishing with a premiership, while his second season ended after losing the first semi-final.