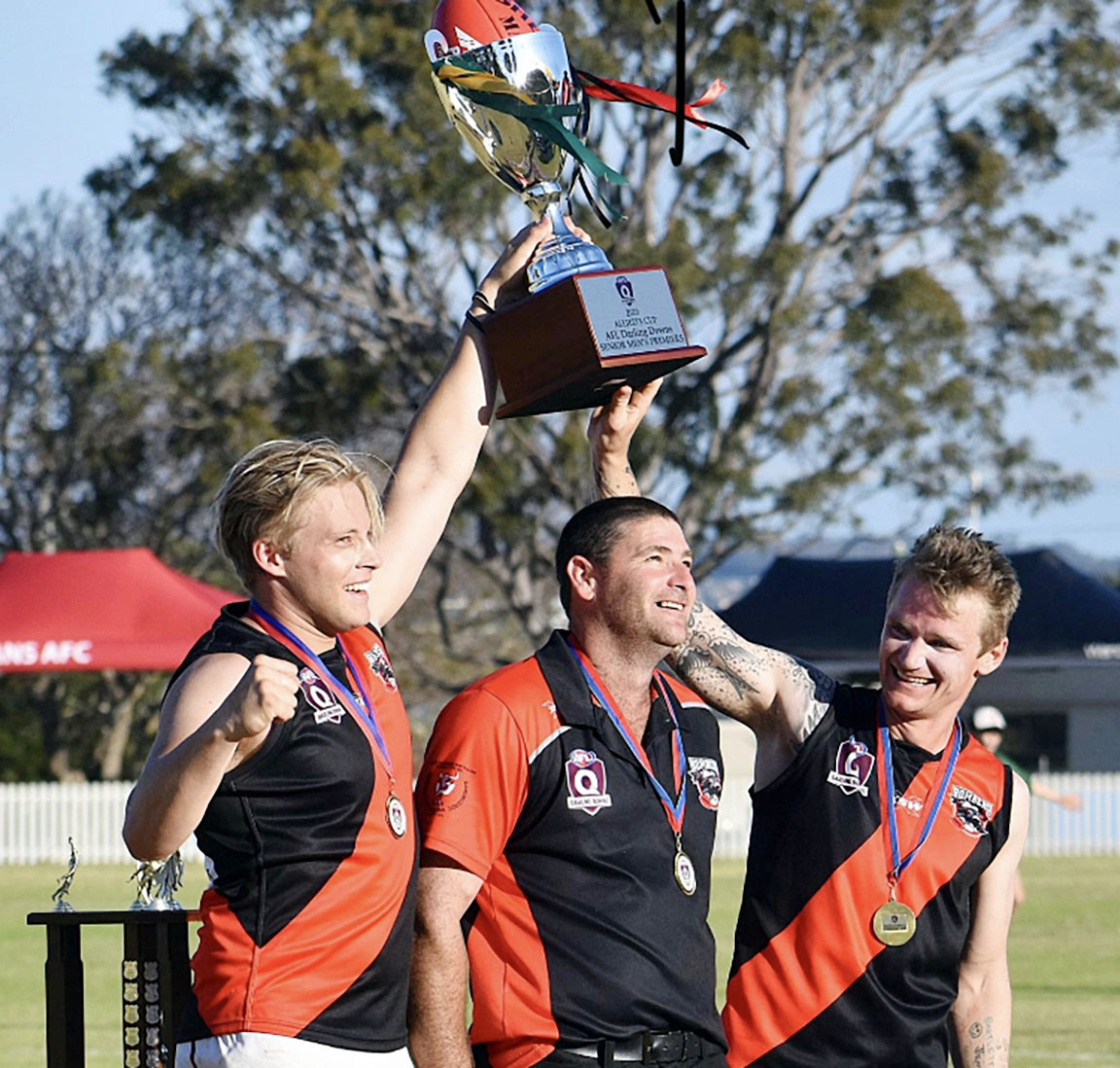 NATHAN Stewart, flanked by the two captains, are all smiles after the win. Photo: SUPPLIED.
By Adam Hill

He said it was a difficult year for everyone but was ecstatic to win the premiership in his first year in the role.