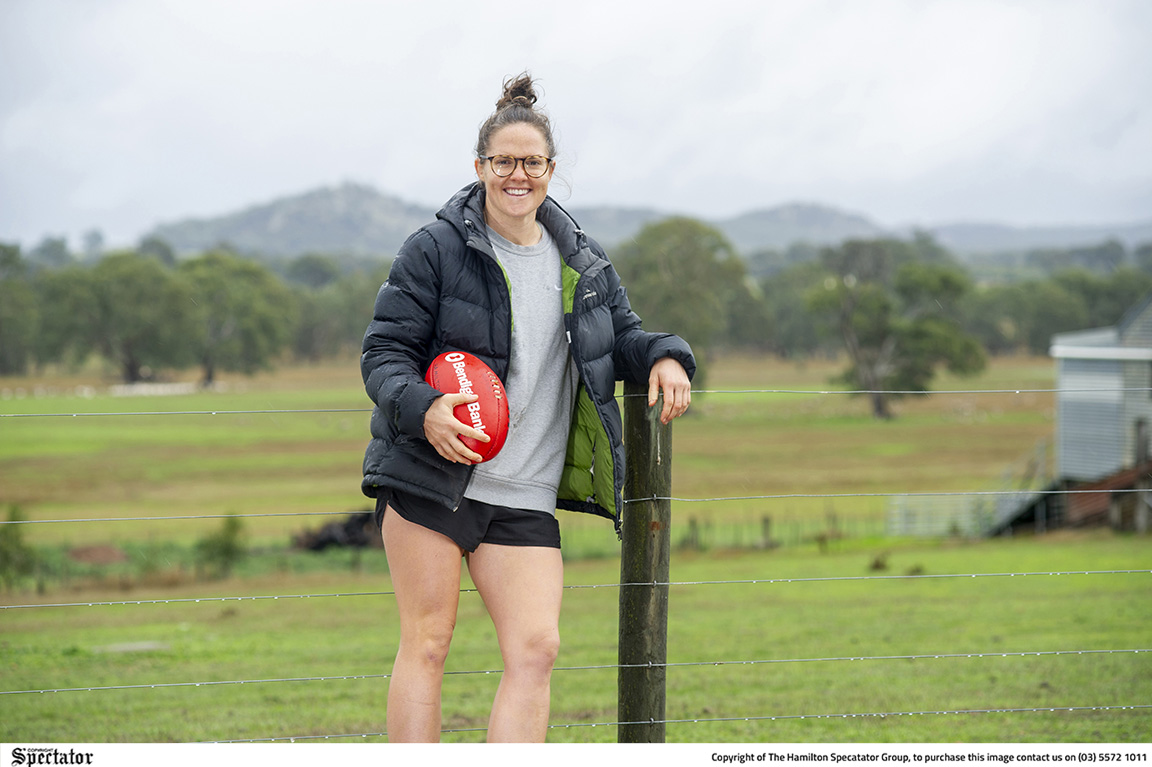 EMMA Kearney used the winter period to return to Cavendish and prepare for the AFLW season with pre-season starting this week. Photo: CHRIS DOHENY.
By Adam Hill

CAVENDISH export, Emma Kearney, is gearing up for yet another AFLW pre-season with this campaign set to take on a different look due to the ongoing coronavirus pandemic and associated restrictions.

The 2020 season was cut short during finals, and nine months later playing groups will converge at their clubs for the start of pre-season later this week.

The 31-year-old said she was prepared for a different season but was hopeful the season would go ahead unaffected.