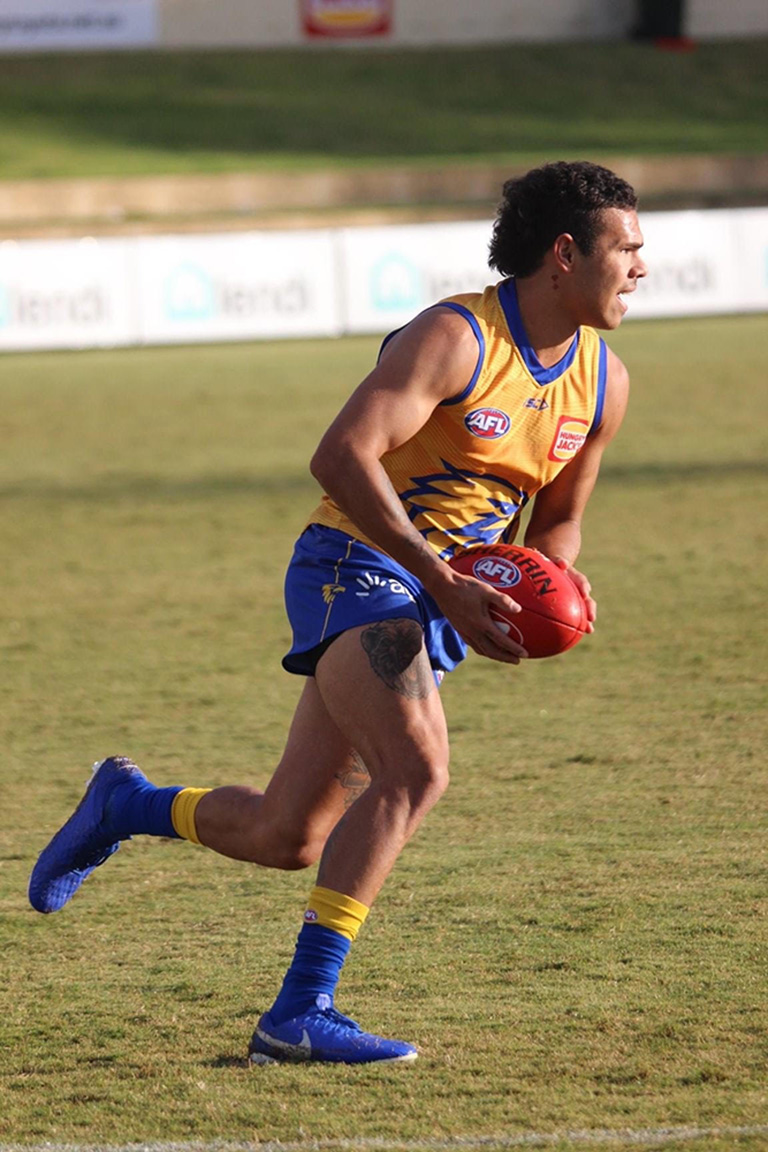 JAMAINE Jones will remain with West Coast for the 2021 AFL Season. Picture: SUPPLIED
By Portland Observer

THE journey of Heywood’s Jamaine Jones through the Australian Football League will continue into 2021 with the West Coast Eagles retaining the 22-year-old for a second season.

On Thursday morning, West Coast announced four contract renewals for the 2021 AFL season and Jones was one of two players offered a one-year rookie contract extension, the other being Brendon Ah Chee.