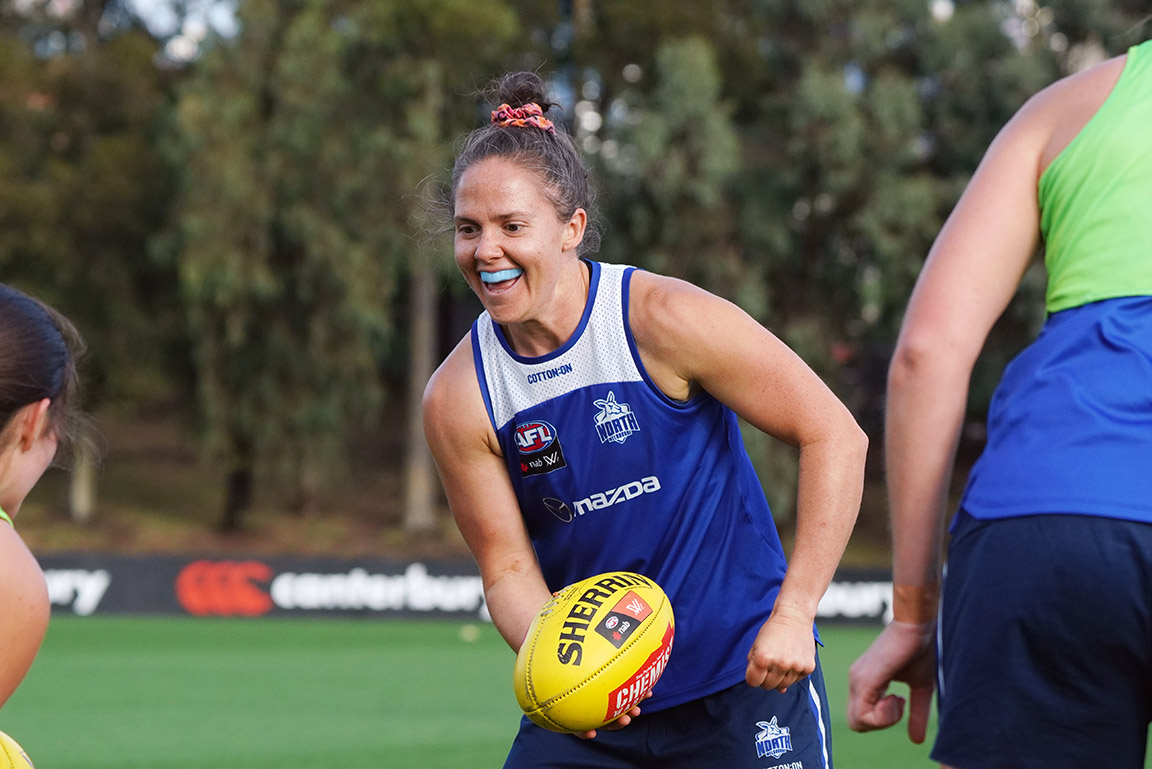 EMMA Kearney is hoping for a successful season both individually and as a team with North Melbourne’s AFLW team. Photo: NORTH MELBOURNE MEDIA.
By Mitch Lang

AFTER a long off-season, Cavendish export, Emma Kearney, is ready to return to the footy field tomorrow for the first round of the AFLW season.

Kearney and her North Melbourne teammates will run out onto GMHBA Stadium tomorrow to take on Geelong.

The excitement has been building for the former local and despite being one of the best players in the competition, Kearney said the nerves have been evident.

“There’s definitely a few nerves having such a big lay off from footy, but it’ll be an awesome feeling to be back playing once again.”