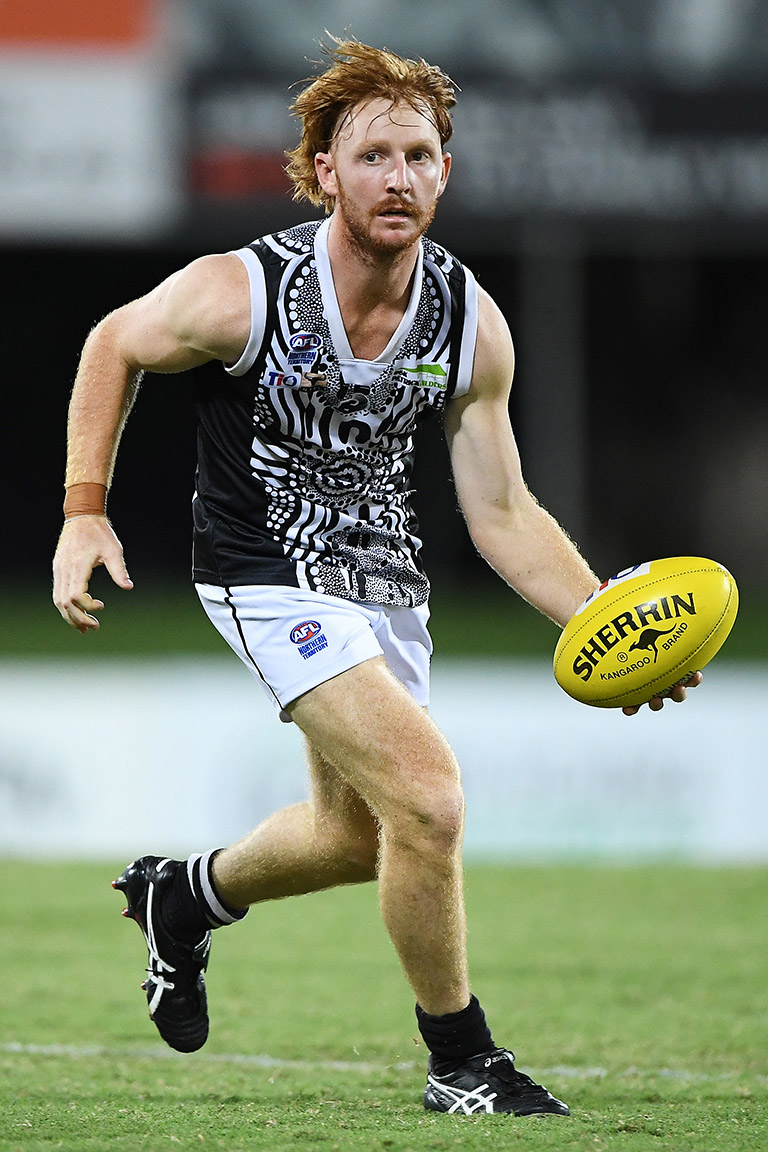 ERIC Guthrie had a standout year with the Palmerston Magpies, finishing runner-up in the club’s best-and-fairest. Photo: FELICITY ELLIOTT.
By Mitch Lang

The dashing midfielder made the move up north earlier this year, continuing his passion for football and finding his way to Palmerston.

Impressing his coaches immediately, Guthrie earned a game in the club’s NTFL premier league team to take on Waratah in round one.

Despite the 69-point loss, Guthrie was named in the team’s best players.

One game soon turned into 16, missing just two of his team’s 18 games.