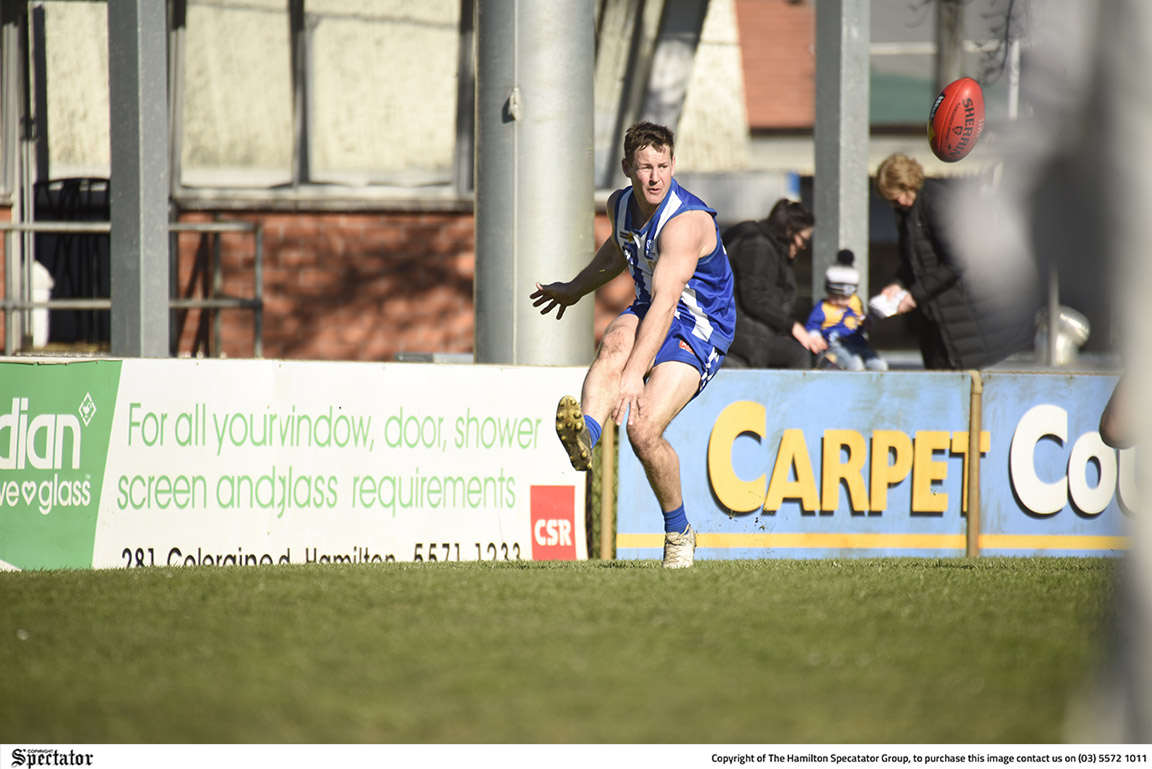 HAMISH Waldron will once again captain the Hamilton Kangaroos in 2021. Photo: SPEC FILE.
By Adam Hill

IT is a fresh start for the Hamilton Kangaroos with Gerard FitzGerald in the top role for the 2021 Hampden Football Netball League (HFNL) season.

FitzGerald has got the group learning a new style of footy and after two pre-seasons, the Kangaroos are primed and ready for this year’s campaign.

FitzGerald said the extra pre-season had been beneficial to re-enforce the game plan ahead of the season.

“I think I have more knowledge of the club, some of the things we introduced last year we were able to continue with,” he said.

“Probably the things I spoke about last year, we have had a chance to re-enforce some of those aspects, then begin to have a look at the next stages of the game plan, which we didn’t get to last year.