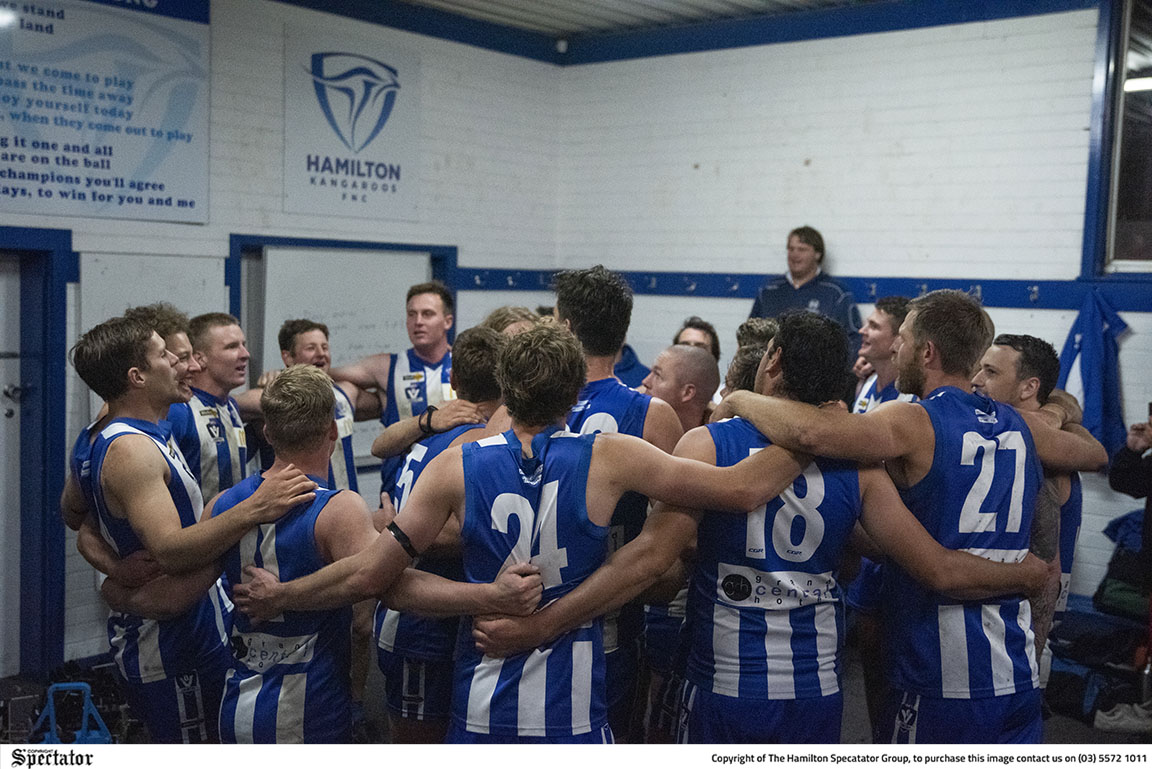 THE Hamilton Kangaroos celebrate their victory against Port Fairy with a rousing rendition of the club song on Saturday night. Photo: BLAIR BURNS.
By Adam Hill

THE Hamilton Kangaroos made history on Saturday, winning their first ever Hampden Football Netball League round one game.

The Kangaroos are in their ninth year in the league and went into the round one clash against Port Fairy at Melville Oval under the guidance of coach, Gerard FitzGerald, for the first time, with a six-goal opening quarter setting up the victory.