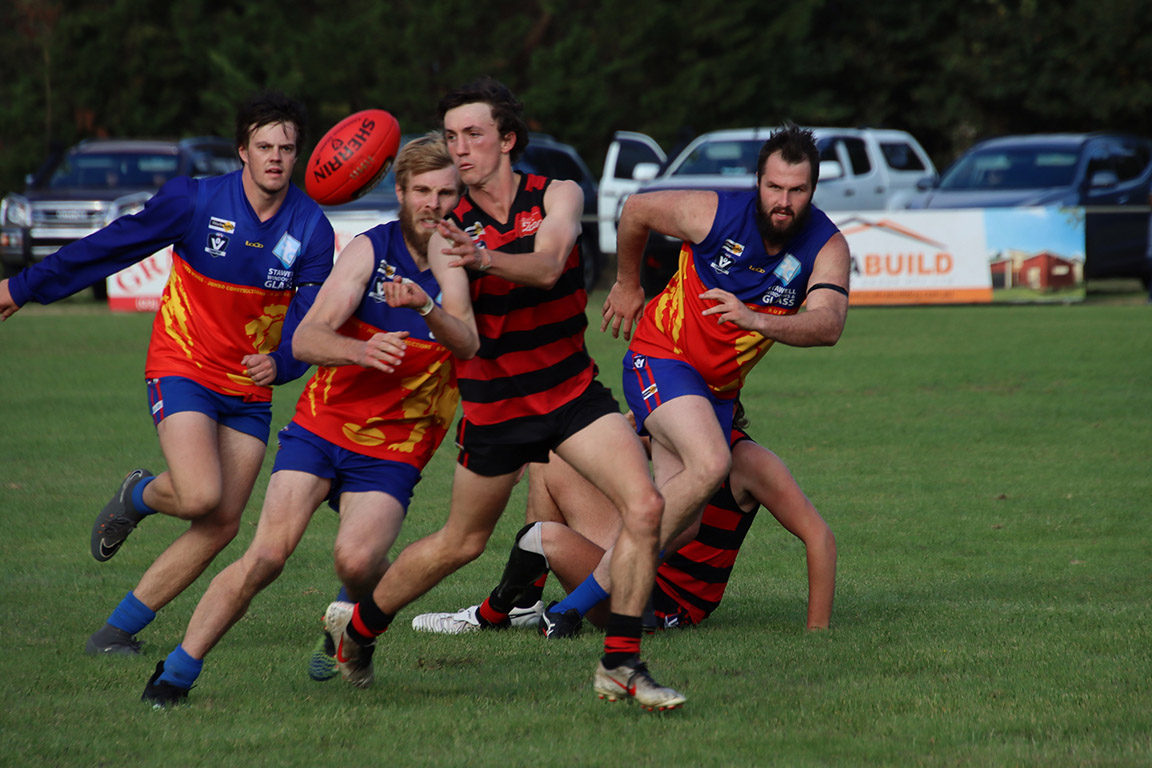 GREAT Western has taken out the 2019 Mininera and District Football League premiership rematch, defeating Penshurst at Penshurst by 21 points.

The anticipation built for what was expected to be another tight contest and through an arm wrestle of an opening quarter, Penshurst managed to get its nose in front by five points.

The two team’s went goal-for-goal in what was an entertaining game of footy, but the Lions would only be kept down for so long.

The new faces at Penshurst in Scott Richards and Sam Hasell were able to influence the game and show their new teammates what they offered.

Coming out of halftime, the Bombers showed they had adjusted to conditions and found its feet in the new season with the team’s best quarter of the match.

Kicking five goals to the Lion’s three saw another lead change at the break as the home side recaptured the momentum to lead by three points.

With the game on the line, Great Western flexed its muscles and showed why it is again regarded as a premiership contender.