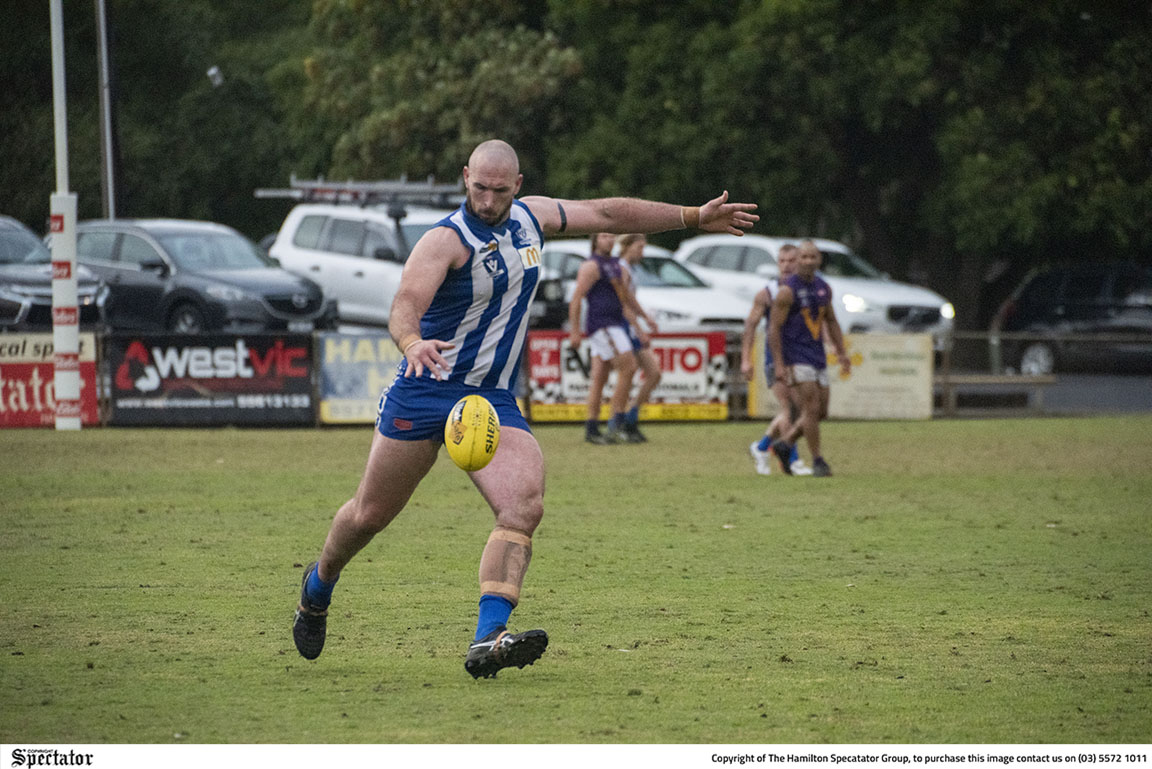 LEVI Dare was named in the Kangaroo’s best players with his influence around the stoppages making him a stand-out. Photo: BLAIR BURNS.
By Mitch Lang

THE Hamilton Kangaroos were unable to make it two wins from as many games on Saturday, going down to Warrnambool by 39 points at Deakin University.

Coming off a strong performance in round one, hopes were high for Hamilton as it made its first trip to Warrnambool for the season to take on a Blues outfit which lost its round one encounter.

Making the move from Reid Oval due to upgrades, the Kangaroos played at Warrnambool’s 2021 home of football, Deakin University.

A tight first term saw the team’s share seven scoring shots, but accurate kicking in front of the big sticks allowed Warrnambool to hold a nine-point lead at the opening break.

Blue’s key forward, Jason Rowan was having his way with the Kangaroos early and repeat entries from his midfield allowed him to have a big influence on the scoreboard.

The second half saw the home side skip away as a four goal to two third term opened up a 32-point gap at the final break.