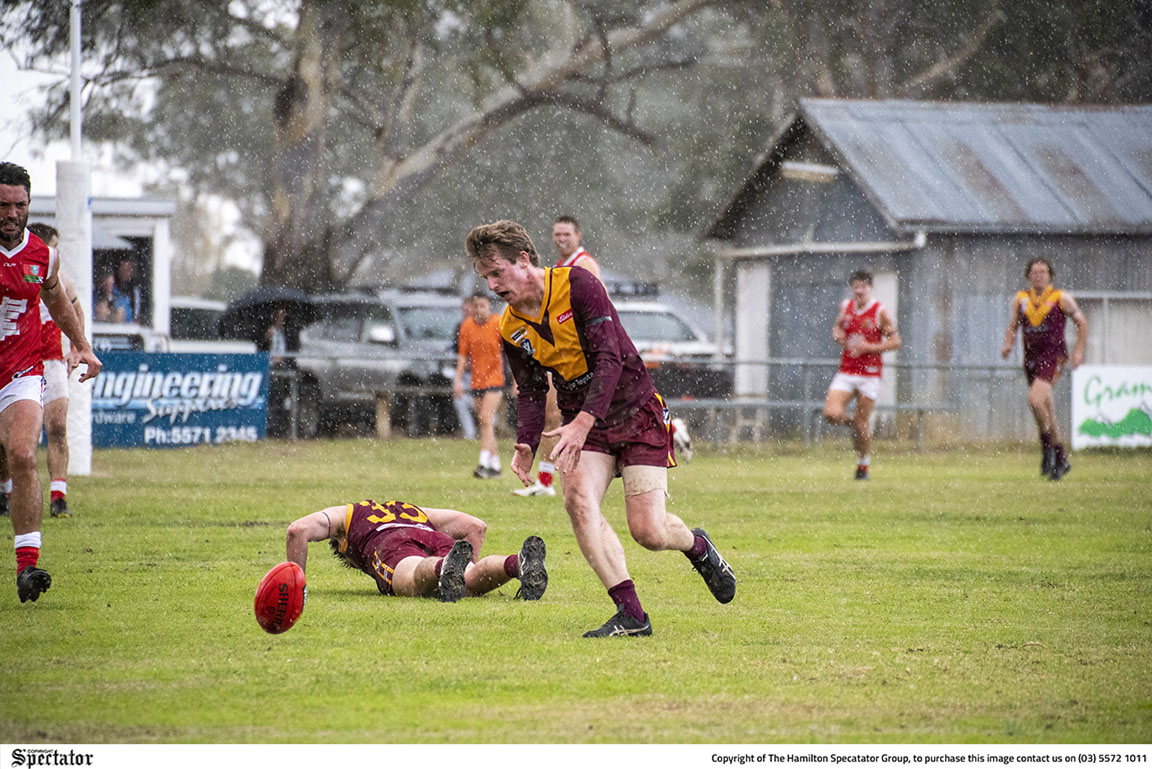 THE South West District Football Netball League saw some extremely one-sided results on Saturday and perhaps the biggest talking point will be Coleraine.

The Maroons recovered from its round one loss to Cavendish with a close upset victory over reigning premiers Heywood, 12.9 (81) to 11.7 (73).

The Maroons got off to a fast start, running Heywood ragged through the middle of the ground, and kicking six goals in the first quarter, to hold a 28-point lead at the first break.

Heywood narrowed it down to 23 points at half time, but it was in the third quarter that the Lions came out firing.