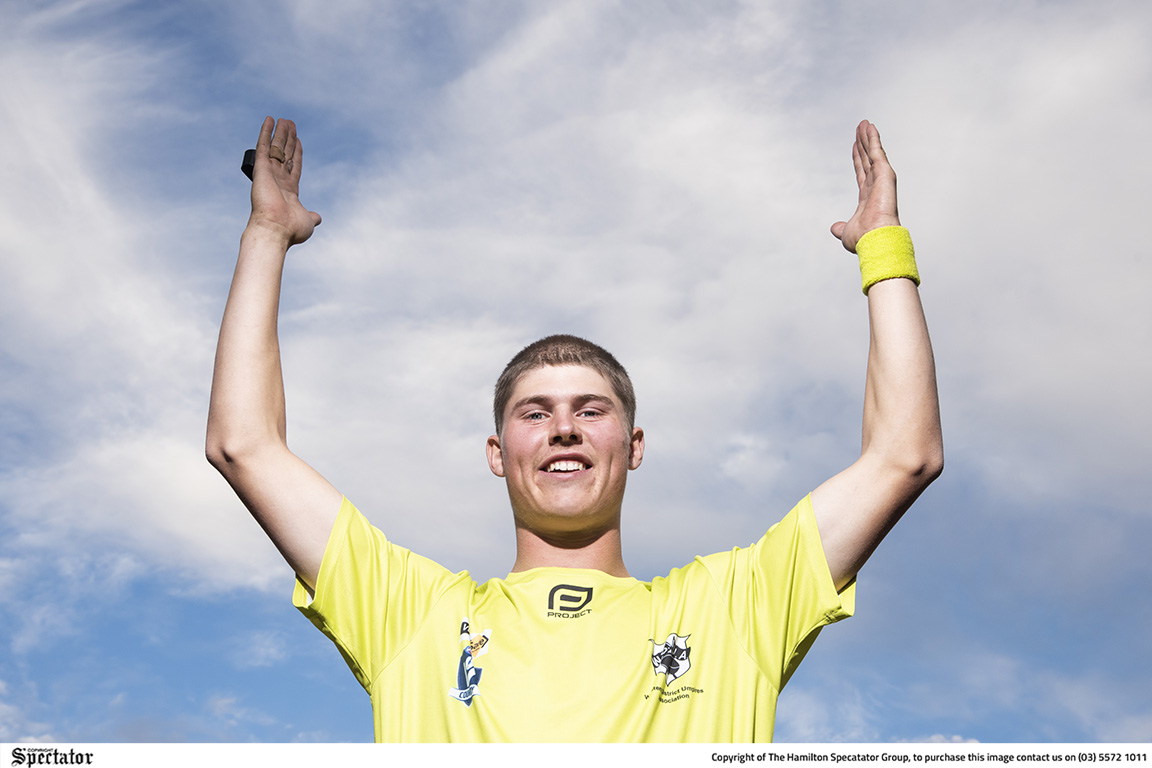 CALEB Millard is umpiring his 300th game of football with the WDUA today at Ararat. Photo: LAUREN HAY.
By Mitch Lang

AT just 22 years old, Caleb Millard is bringing up his triple century with the Western District Umpires Association (WDUA) today.

Making the trip to Ararat to officiate the Ararat versus Woorndoo-Mortlake game, Millard will notch up his 300th game umpired of local football.

The boundary umpire turned central official said it was an amazing feeling, while humbled to have been able to achieve it at such a young age.

“I am surprised to be at this stage of my career so young,” Millard told The Spectator.

The 22-year-old’s umpiring journey started when he was 15 years old.

Growing up, he was running around on the football field as a player and is even a premiership player with the St Andrew’s Junior Football Club.