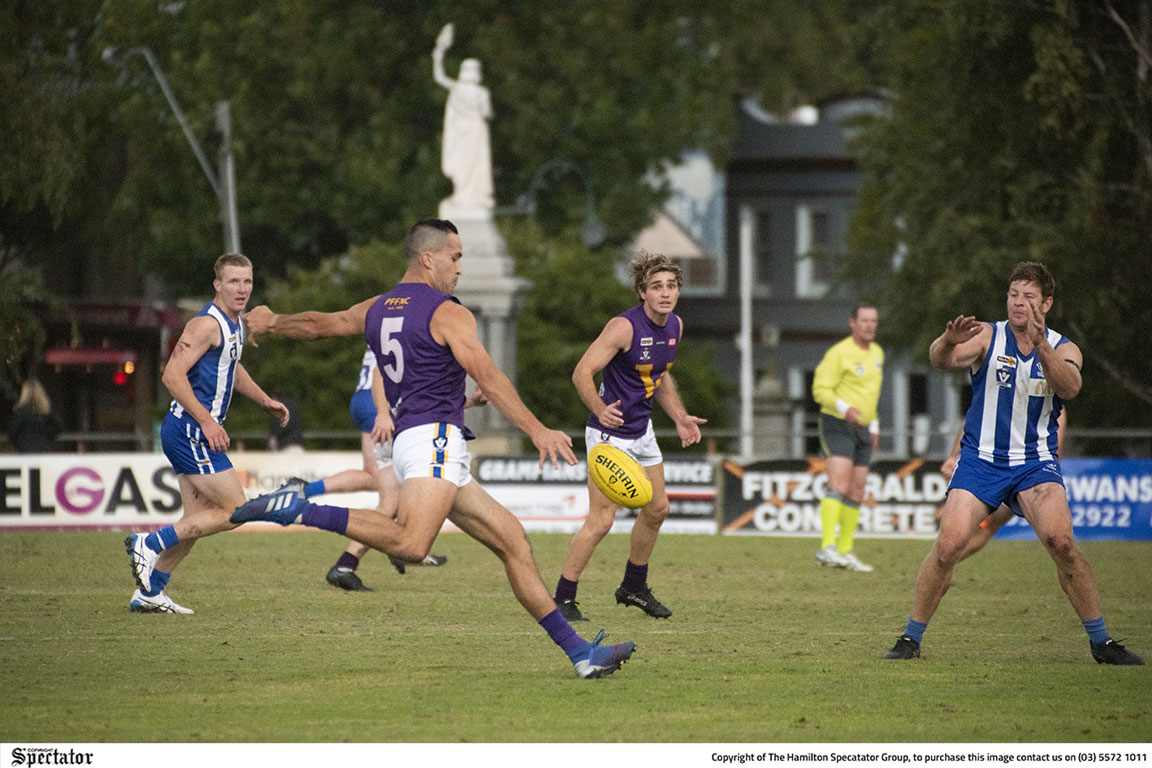 SHANE Savage is still adapting to Port Fairy’s style and the HFNL standard after joining the Seagulls straight out of the AFL. Photo: BLAIR BURNS.
By Adam Hill

PORT Fairy’s Hampden Football Netball League (HFNL) senior football campaign has got off to a mixed start in 2021 with just one win from the opening four rounds.

The Seagulls won its round four clash against Cobden, but has lost to Hamilton Kangaroos, Portland and Terang-Mortlake beforehand.

Port Fairy coach, Winis Imbi said the squad was working itself into the season.

“For the playing group, it has had a big epiphany as the games have rolled out,” he said.