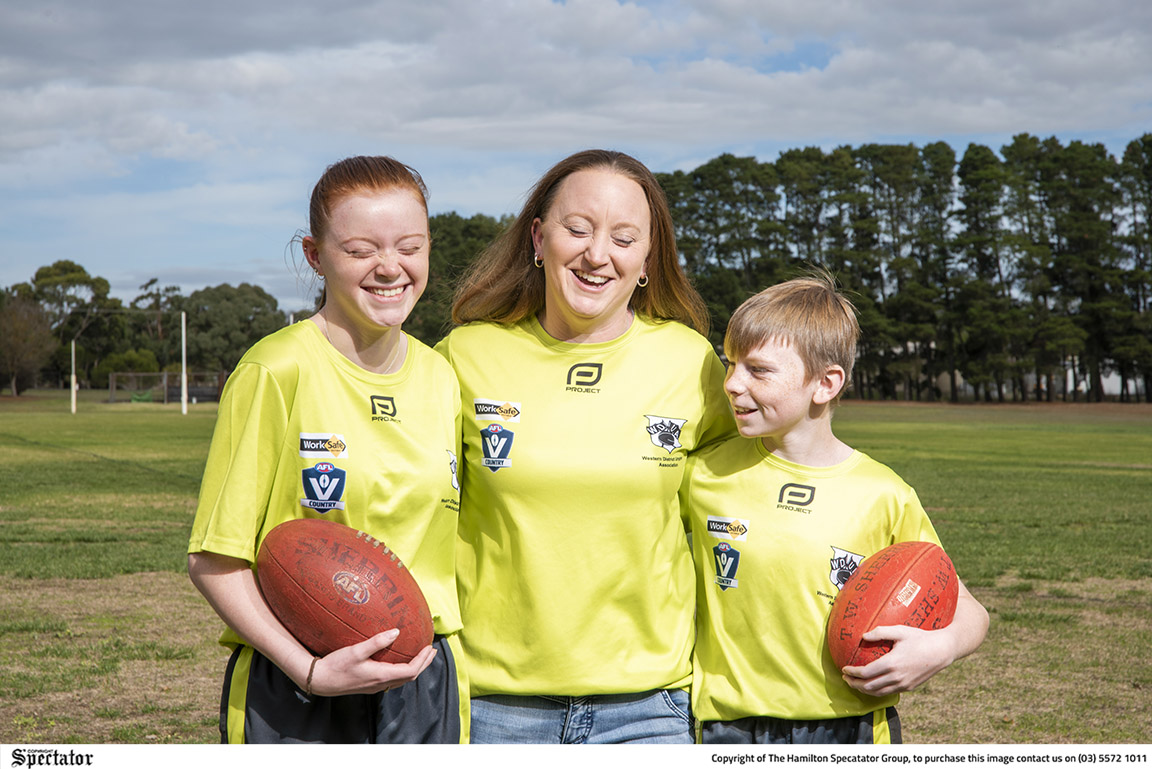 KATH McGregor and her kids, Emily and Ryan umpired together for the first time on May 1, sharing a special moment. Photo: LAUREN HAY.
By Mitch Lang

THE McGregor family shared a special moment last Saturday at Macarthur with mother, Kath and her two kids, Emily and Ryan all umpiring a game of senior football together.

Both Emily and Ryan have been involved with the Western District Umpires Association (WDUA) for several years now, but round four of the Mininera and District Football League (MDFL) provided a new experience.

The pair of young boundary umpires got the opportunity to umpire alongside their mum during the Hawkesdale-Macarthur versus Ararat senior game.

Kath took up umpiring to start the 2021 season in a bid to be closer with her kids which is exactly what she received last Saturday.