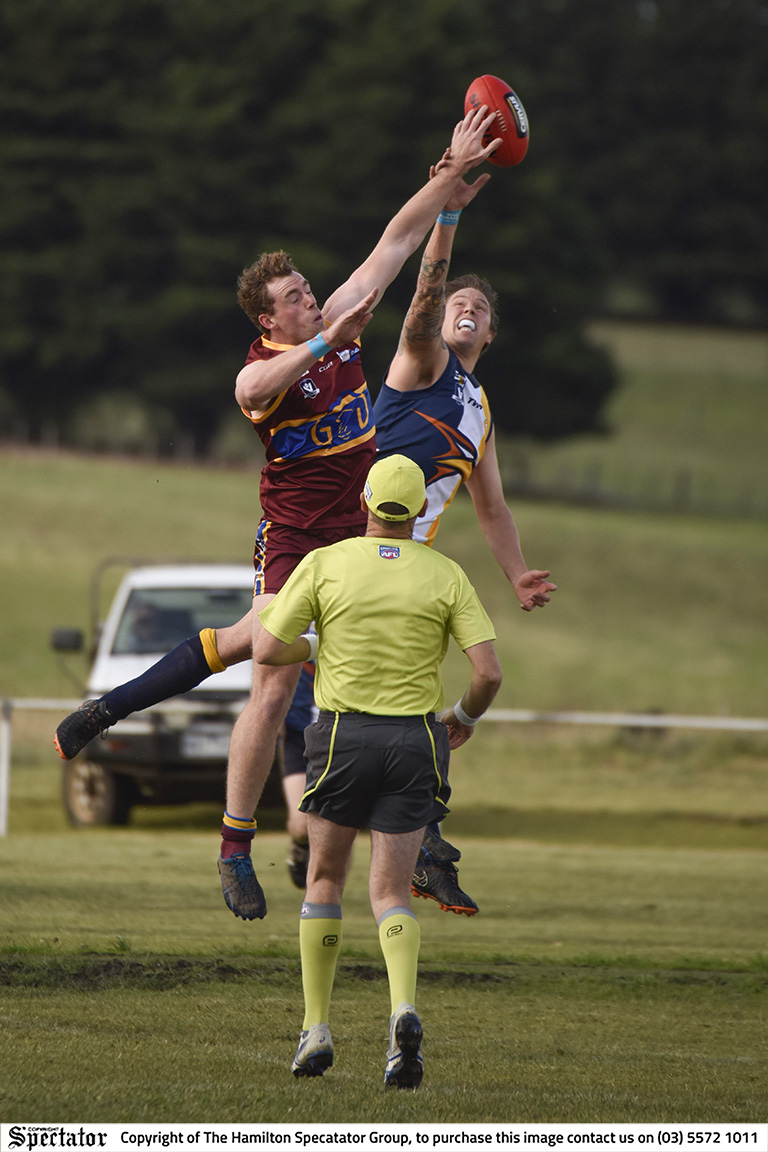 GLENTHOMPSON-DUNKELD has cemented its spot in the Mininera and District Football League top five with a strong nine-point win against Ararat Eagles at Dunkeld on Saturday.

It was an even start to the round five clash with both teams generating good scoring chances in the opening term.

The Rams went into the first break with a four-point lead, but it could have been more with improved accuracy, kicking five behinds.

A two goals to one second quarter saw the home team continue to edge ahead of the visitors on the scoreboard and the half time margin was out to 10 points.