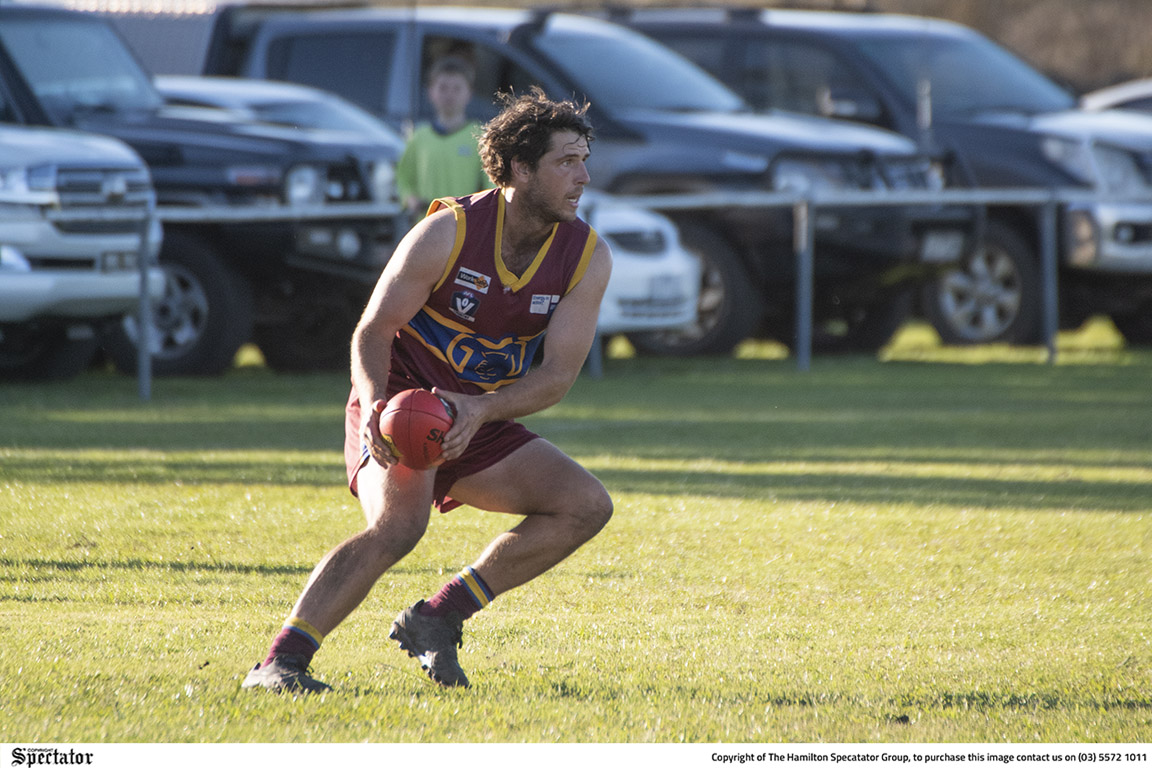 WILL Collins continues to be an important pillar in Glenthompson-Dunkeld’s defence, named in the Rams’ best players. Photo: TASH FRANKO.
By Mitch Lang

GLENTHOMPSON-DUNKELD continues to solidify its finals position with an emphatic win against Hawkesdale-Macarthur, winning by 78 points.

The Rams made the trip to Macarthur Recreation Reserve with the expectation of leaving with another victory.

Returning home, the Eagles needed to find a way to push the in-form Glenthompson-Dunkeld, which has lost just one game this season.

Being on the road didn’t bother the Rams, as they came out firing.

The visitors’ scoring pressure proved too much for the Eagles to keep up with as Glenthompson-Dunkeld opened a big gap.

Sharing the load up forward made the visitors tough to defend, while dominating the midfield battle had the Rams well on top of the game.