Roos fall to Roosters at home 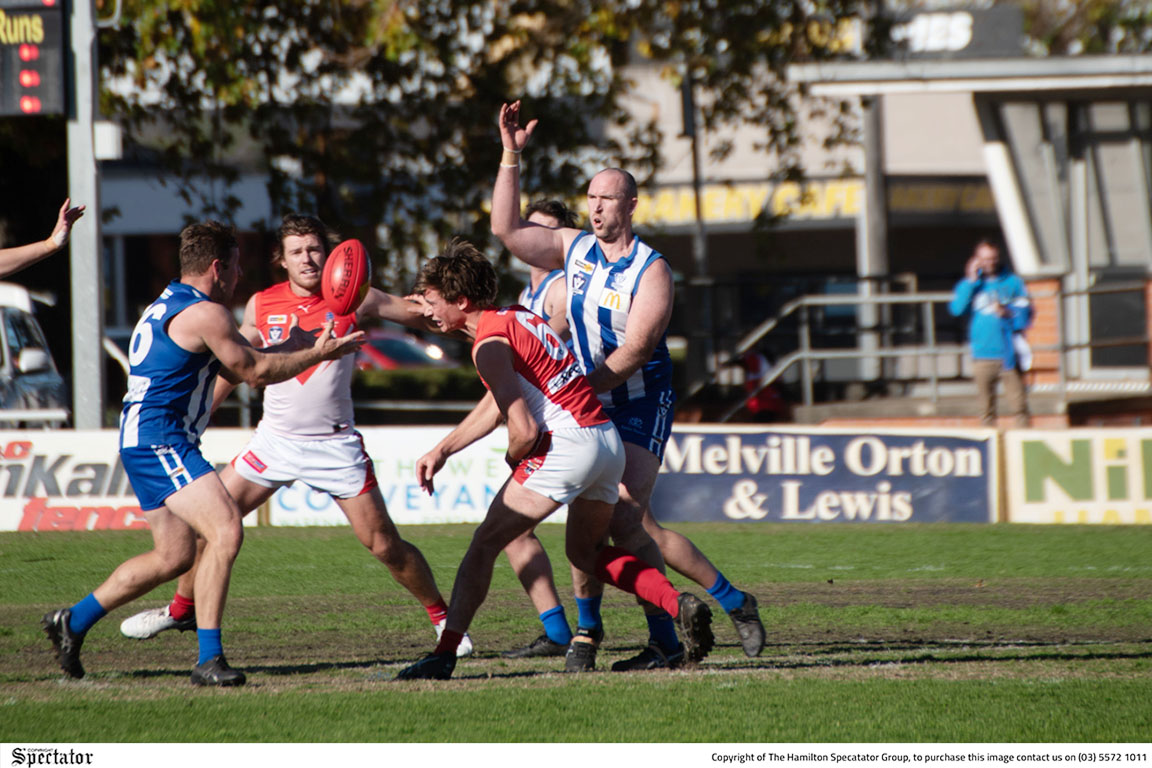 LEVI Dare gets the ball down to Kangaroos skipper, Hamish Waldron, at a centre bounce. Photo: TASH FRANKO.
By Adam Hill

THE Hamilton Kangaroos have put up a brave effort against South Warrnambool, but eventually went down by 39 points at Melville Oval on Saturday.

The Kangaroos went into the Hampden Football Netball League round six clash in desperate need of a win and was able to withstand the Roosters challenge early in the contest.

The home team’s efficiency in front of goal kept it within touch of the visitors in the first half, trailing by just six points at the main break, despite having six less scoring shots.

After half time, South Warrnambool made its move and dominated proceedings to finish comfortable 13.18 (96) to 9.3 (57) winners.

Kangaroos coach, Gerard FitzGerald said it was a strong start, but the team couldn’t sustain it for four quarters.

“(We talked) broadly around what I thought was a high-quality game of football in the first half and our role in that,” he said.