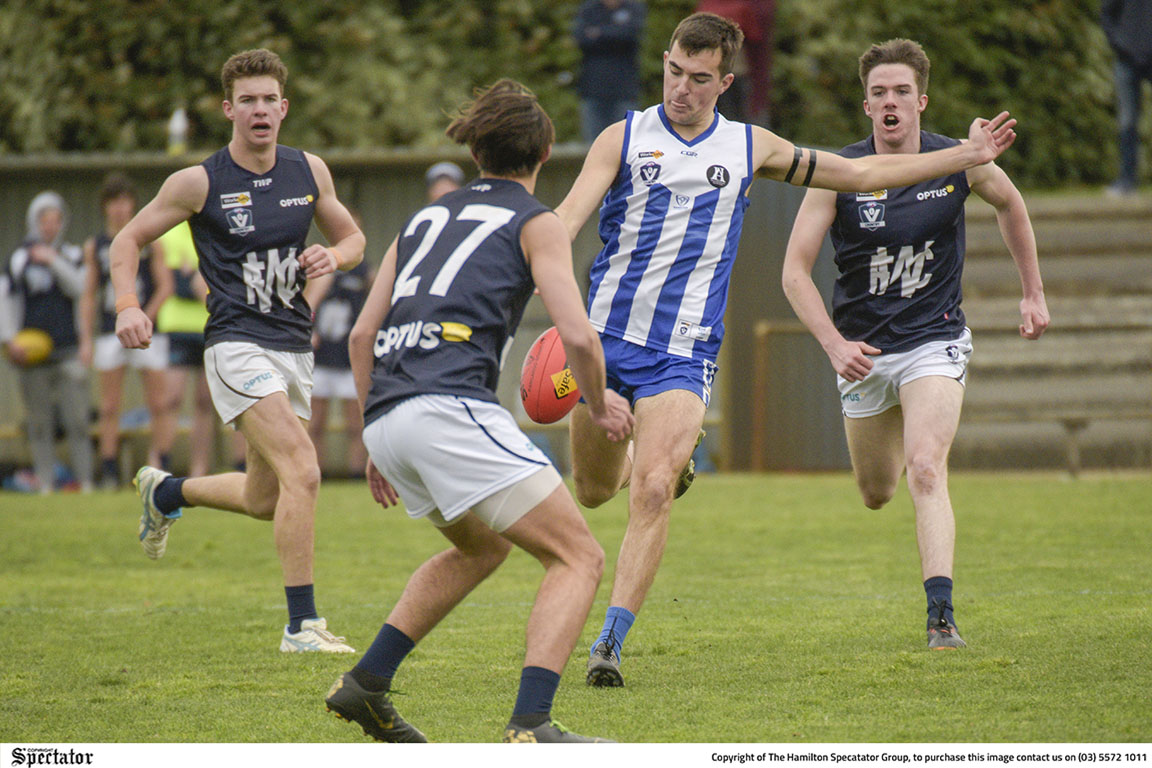 JACOB Hill and his Kangaroos Under-18.5 teammates will have to wait to restart their season. Photo: SPEC FILE.
By Mitch Lang

FOLLOWING the Victorian Government’s announcement that junior outdoor sports can commence as of 11:59pm on Thursday night, the Hampden Football Netball League (HFNL) has released its plans for this weekend’s fixtures.

With senior sport unable to be played, senior and reserves football will have to wait at least another week to take to the field along with open netball, division one, division two and division three.

Free RATs for school students and teachers
14 hours ago

A chance to race for Portland's BMX riders
19 hours ago