Three in a row for Tigers 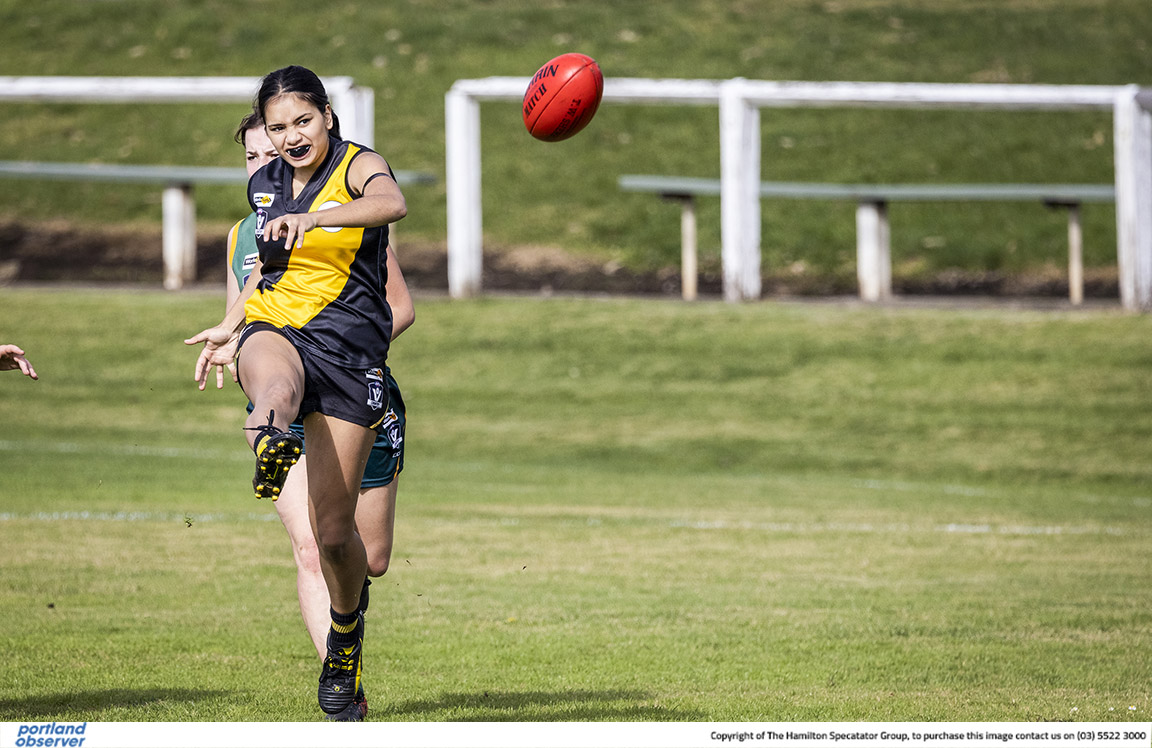 Lashay Blurton was front and centre in the action for the Tigers on Sunday, kicking four goals. Picture: NICOLE CLEARY 210606NC031
By Samuel Ord

PORTLAND’S under-18 team is in red hot form within the Western Victoria Female Football League, winning a third straight game on Sunday afternoon at Hanlon Park.

The Tigers started the season with three losses but have responded to the early stumble in style, defeating Warrnambool Blues, Stawell Warriors and now Old Collegians on the trot.

Portland’s under-18 coach, Mark Conheady, said Sunday’s win was the result of plenty of hard work and focus from the team.

“From the start of the season until now, this team has come along in leaps and bounds,” he said.

“We had a tough start due to some issues with scheduling, things like debutantes, school commitments and what not, all that was causing us some player availability issues but now we are really flying.

“We’ve treated the opening rounds of the season a bit of an introduction for all the girls who are new to play footy, really focusing on just giving them a feel for how a game flows.

“Now that everyone is feeling familiar with one another and the game, we’re starting to implement some structures and game plans here and there and everyone’s done a great job taking that on board.”

In attack against Old Collegians, Lashay Blurton had her best game of the season to date, kicking four of her team’s five goals, while Jenna-May Bristow was the team’s other scorer.

Around the ground Elli Aitken was Portland’s spearhead through congestion for the second game in a row, while Madalyn Shepherd, Haylee Blurton and Nyla Conheady were all impressive also.

Conheady said he was excited to see what the team will be capable of achieving in the coming weeks.

“This win (against Old Collegians) was our best game yet and I’m looking forward to seeing what we can achieve moving forward,” he said.

“I think contested footy is proving to be a real strength of this team.

“We worked very hard to win the game and do so at a very high rate.

“Now we’re working on creating fluid ball movement up the ground so that we can make the most of our chances when we’ve got the ball.

“It’s all coming together really well for this group.”