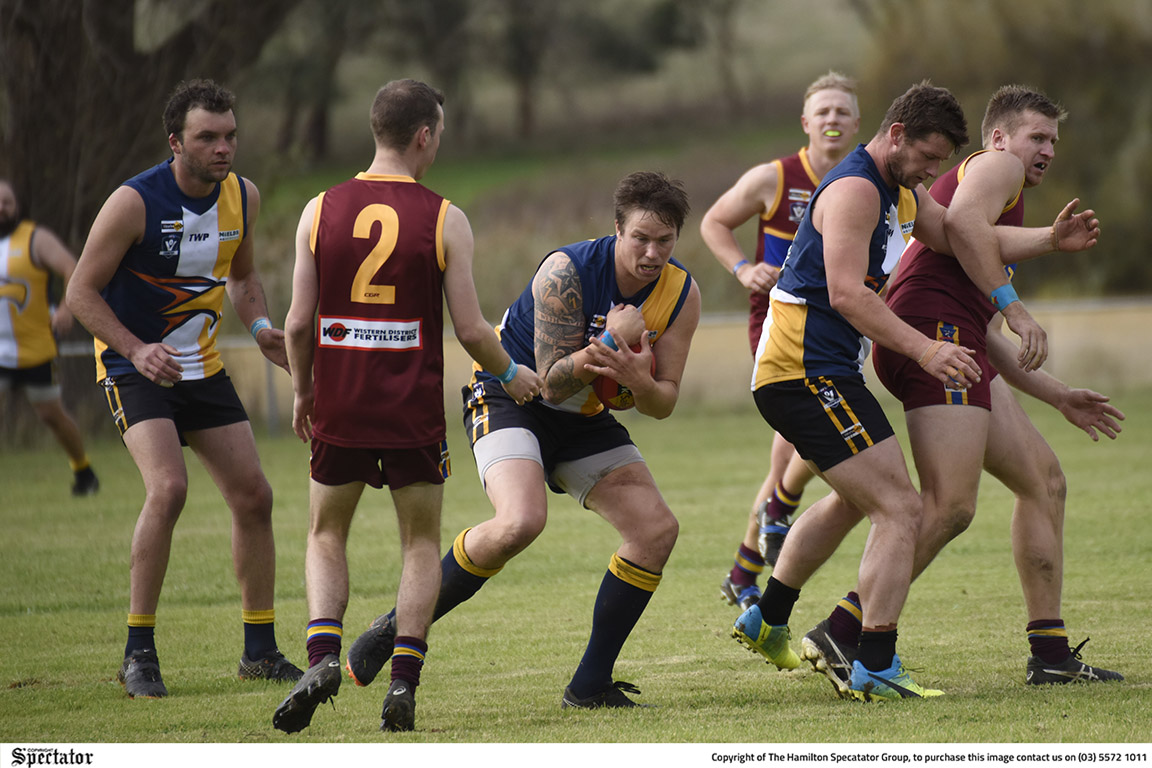 FORMER Hawkesdale-Macarthur coach, Lachie Reichman has decided to hang up the boots after he suffered a career-ending knee injury during the club’s Mininera and District Football League round five clash against Woorndoo-Mortlake.

The ruckman has been a consistent performer for a struggling Eagles side for several years, as well as a mentor for a club with plenty of young talent coming through.