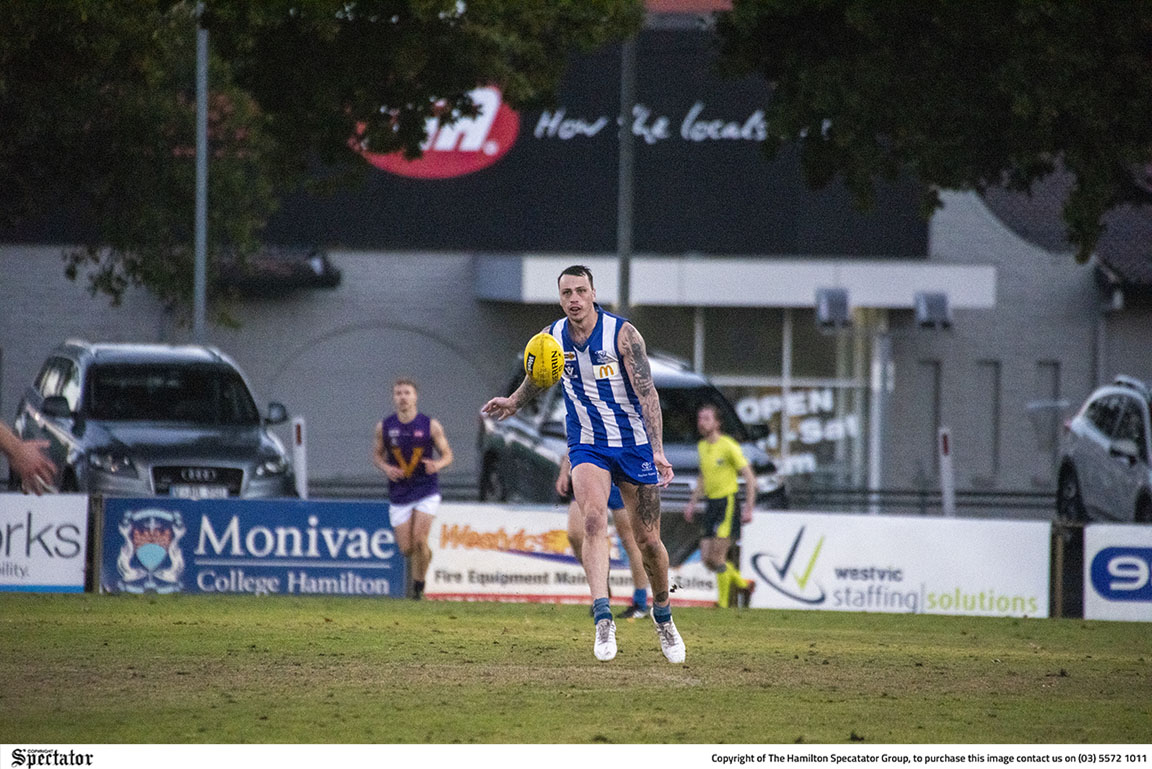 ANGUS Noske was among the goal kickers during Hamilton’s 17-point win against Camperdown on Saturday. Photo: BLAIR BURNS.
By Mitch Lang

It was third versus fourth at Leura Oval, as the HFNL restart produced an eight-point game first up.

On the road against a strong Magpies outfit, the Kangaroos held the slight underdog tag, but the opening term showed how evenly poised these two teams were, as each kicked 3.1 (19) to stay deadlocked after 20 minutes of play.

A close game between two good sides was smashed open through the second term, as Hamilton gained the upper hand.

The home side could only manage two points, while the Kangaroos kicked three majors to lead at half time by 16 points.

While the advantage was small, it was a good one to have for the visitors in a game where neither team wanted to give an inch and scoring was difficult to come by.