Cogger steps down as coach 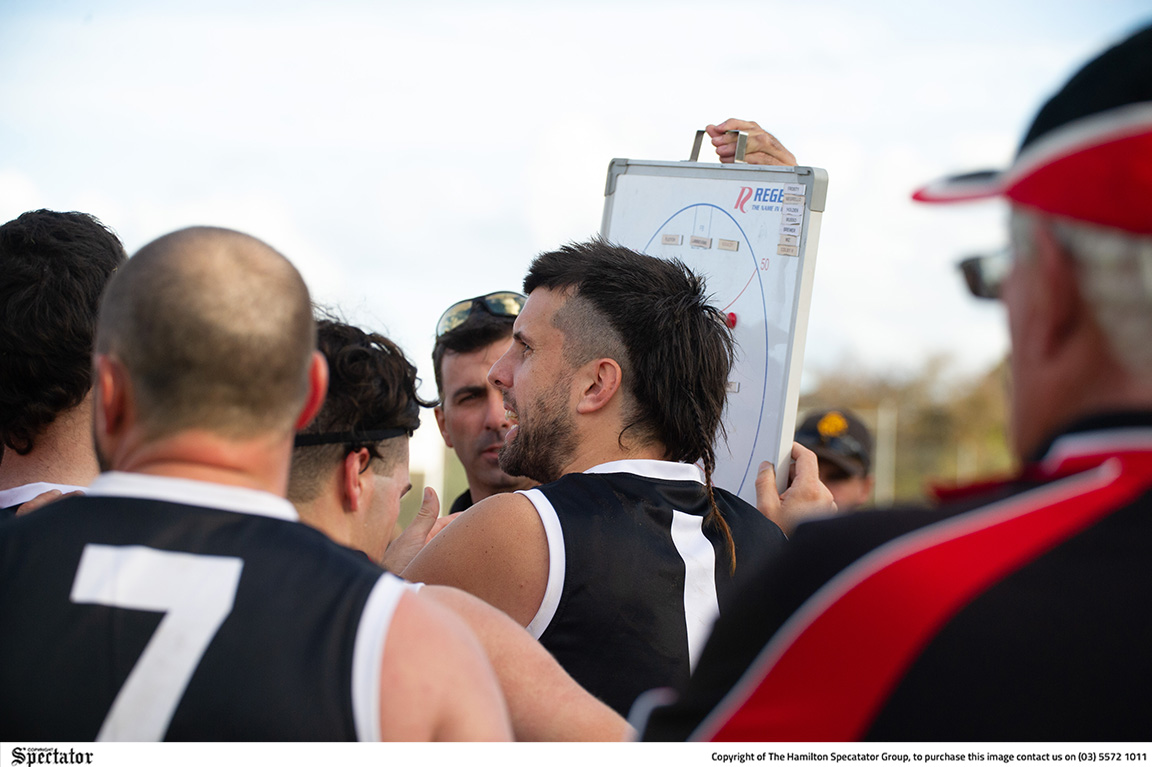 TIM Cogger announced after the weekend’s game that he would be stepping down as the Branxholme-Wallacedale senior coach. Photo: BLAIR BURNS.
By Blair Burns

BRANXHOLME-WALLACEDALE Football Netball Club (BWFNC) playing-coach, Tim Cogger, coached his final game for the Saints last weekend against Dartmoor, this week announcing he has stepped down as senior coach.

Cogger has served the Saints in the role for the last three years and has been a vital member of the playing group for the past six seasons.