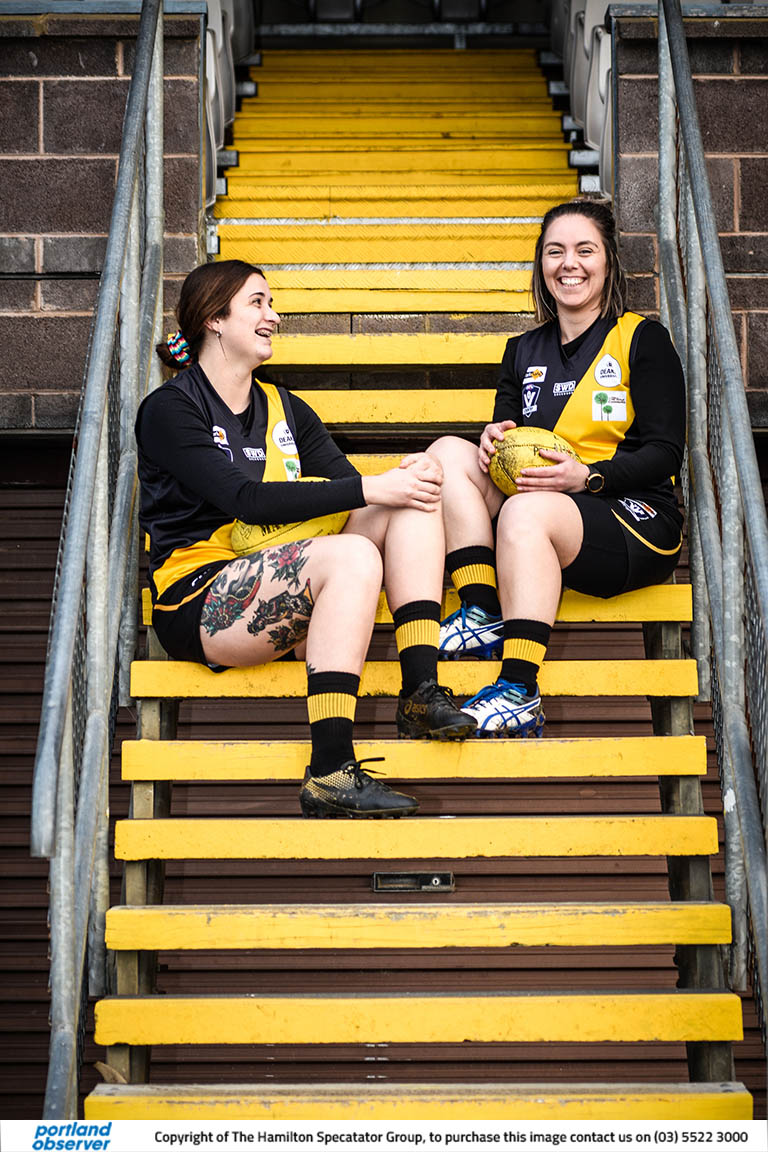 THE Western Victoria Female Football League’s 2021 season comes to a close on Sunday and Portland is in the box seat to win the senior premiership, facing rivals South Warrnambool in Mortlake. This year’s grand final has thrown an unusual challenge to captain Sarah Pedrazzi (right) and Nicola Clarke (left) and the rest of the Tigers, never having faced South Warrnambool during the regular season. Picture: KAREN HODGE 210818KH50
By Samuel Ord

THE 2021 Western Victoria Female Football League’s senior premiership is up for grabs on Sunday when Portland and South Warrnambool square off in Mortlake. Full story in Friday's Observer.