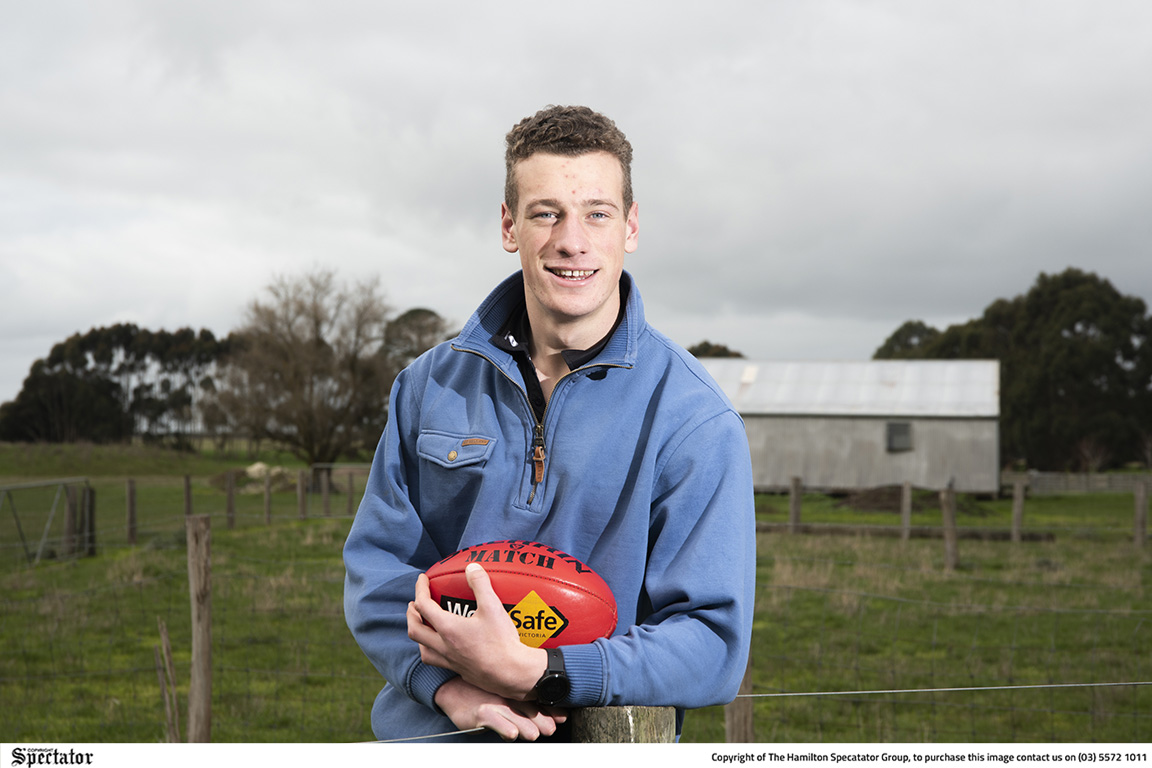 PENSHURST’S Josh Rentsch can’t wait to grab the opportunity of going to the AFL Draft Combine with both hands and showcase his ability in October. Photo: LAUREN HAY.
By Blair Burns

JOSH Rentsch continues to work towards his dream of getting drafted with his chances receiving a big boost when he found only a couple of weeks ago that he would be given the opportunity to compete at the 2021 AFL Draft Combine.

The teenager was among a strong contingent of eight players from the Greater Western Victoria (GWV) Rebels to be invited to the testing day in front of AFL recruiters.