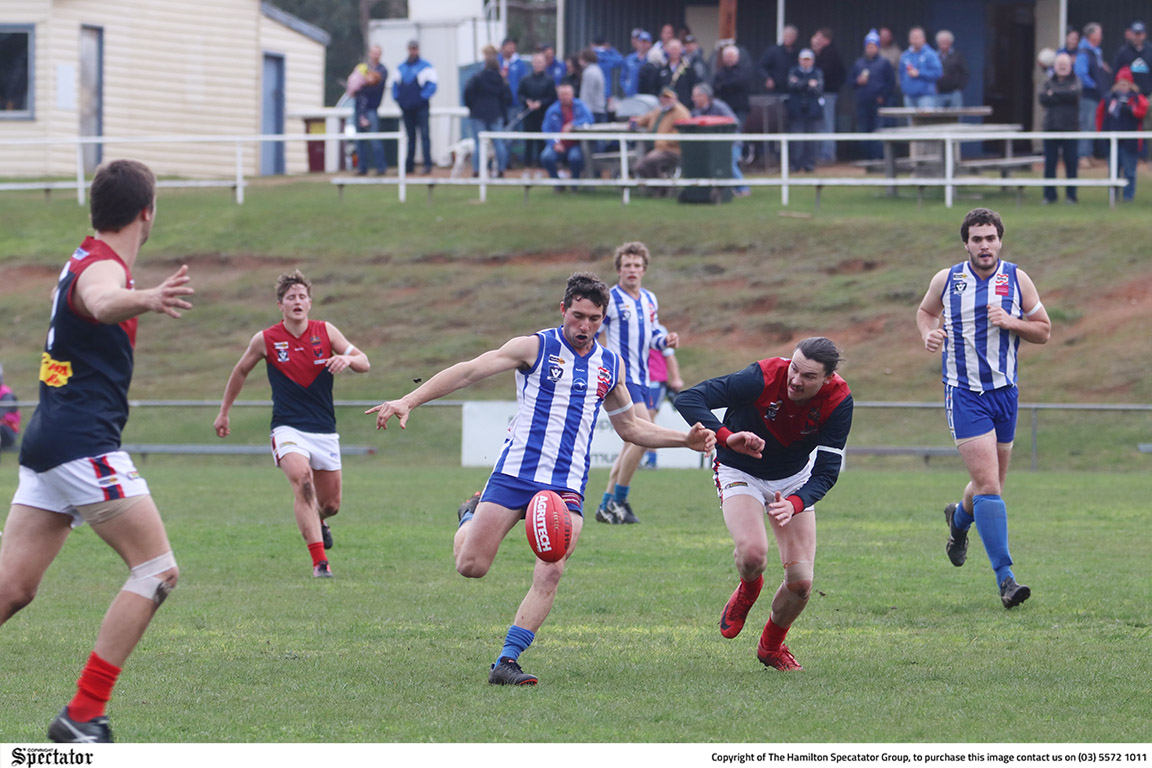 WILL Plush has been one of the unsung heroes in the Harrow-Balmoral senior line-up and has put together a consistent season which will likely see him poll well in the club best and fairest. Photo: BLAIR BURNS.
By Blair Burns

DESPITE a rocky start to the season, Harrow-Balmoral has bounced back to make finals once again in the 2021 Horsham and District Football Netball League (HDFNL) season, securing third position on the ladder with a strong 82-point win against Jeparit-Rainbow in the final round.

Having won the flag in 2018 and 2019, the blue and white are still the reigning premiers and are looking to complete a disrupted three-peat.