Girls in the green and gold guernsey 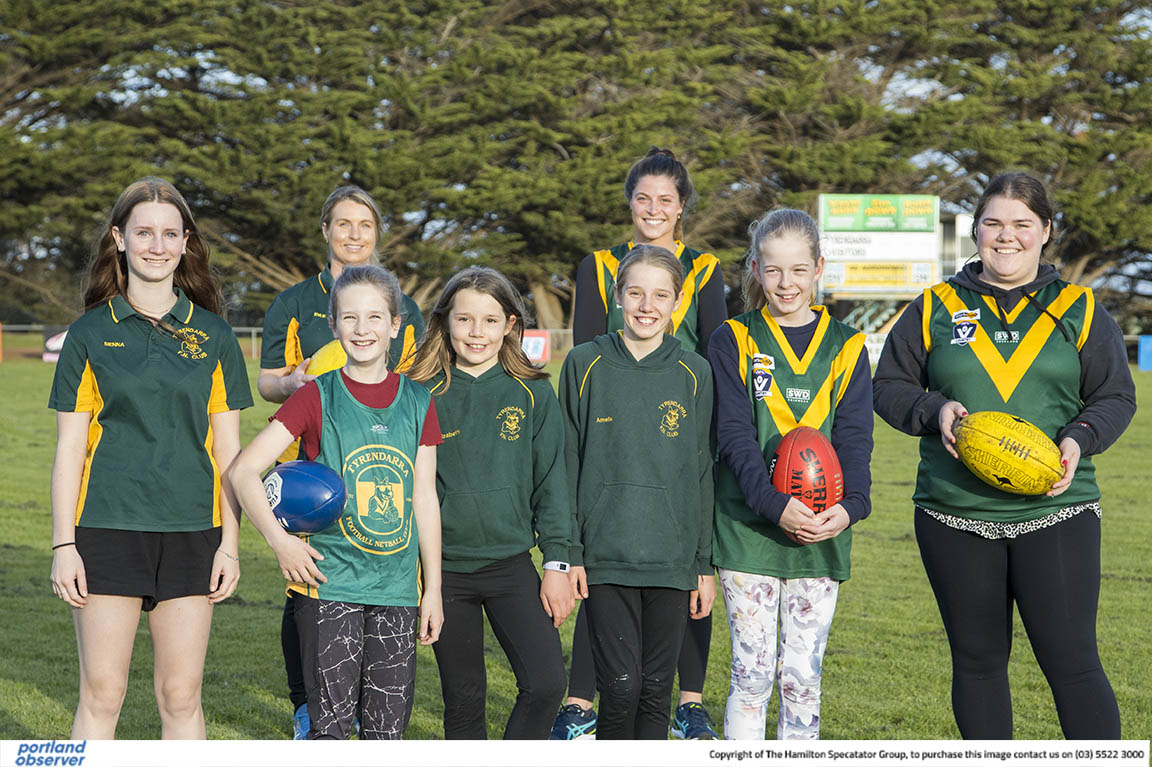 TYRENDARRA Football Netball Club are the latest local club to join the women’s footy movement, with the Darras holding two come-and-try nights in the upcoming weeks, in the hopes of getting some teams off the ground for the 2022 season. Full story in Tuesday's Observer.