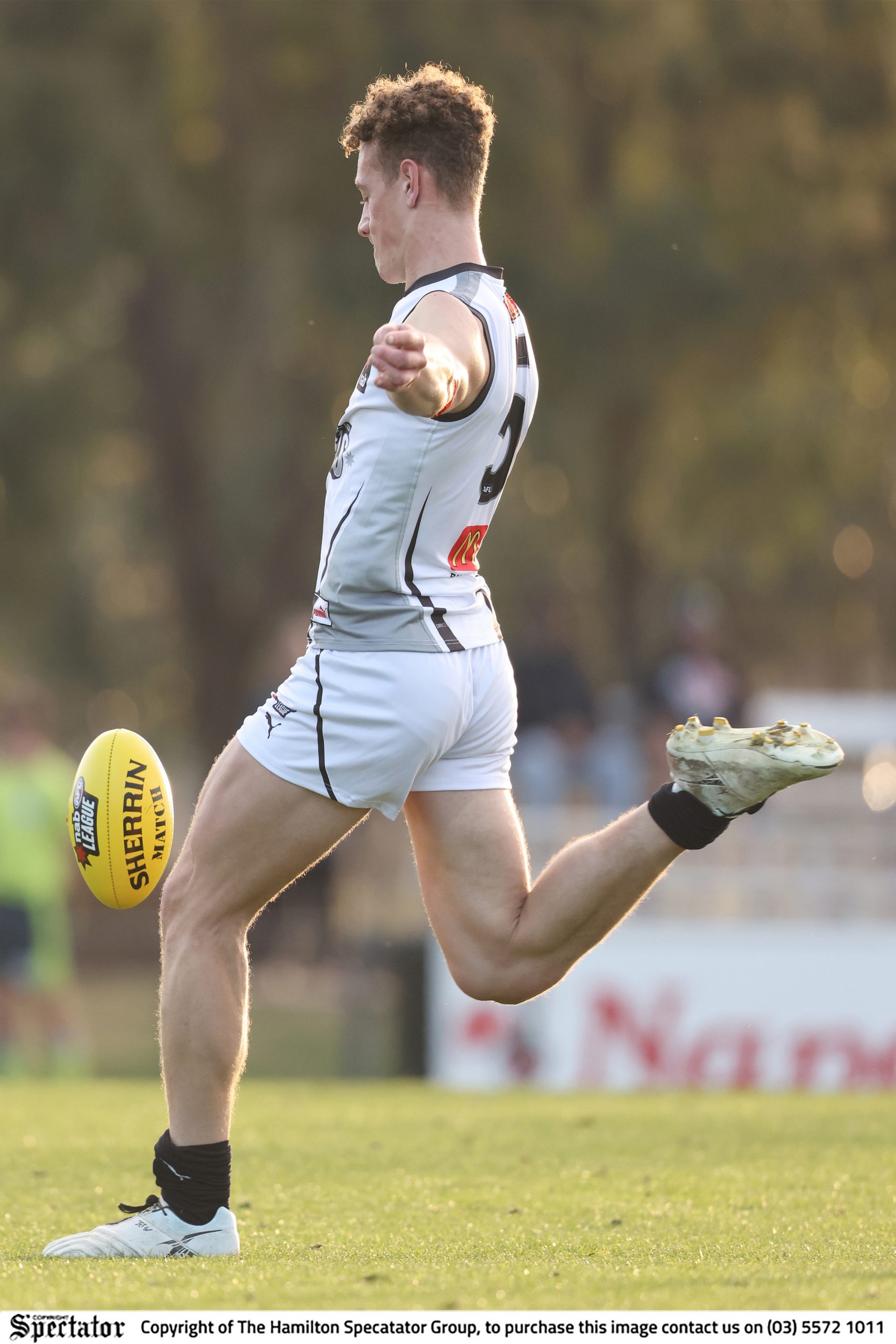 PENSHURST-grown talent, Josh Rentsch was rewarded for his strong season with the GWV Rebels in the NAB league as he took out the league best and fairest, the Morrish Medal, on Thursday night. Photo: AFL PHOTOS.
By Blair Burns

LOCAL draft prospect, Josh Rentsch has rounded out a stellar season with the Greater Western Victoria (GWV) Rebels to win the Under-19 NAB League’s highest honour, the Morrish Medal with 12 votes.