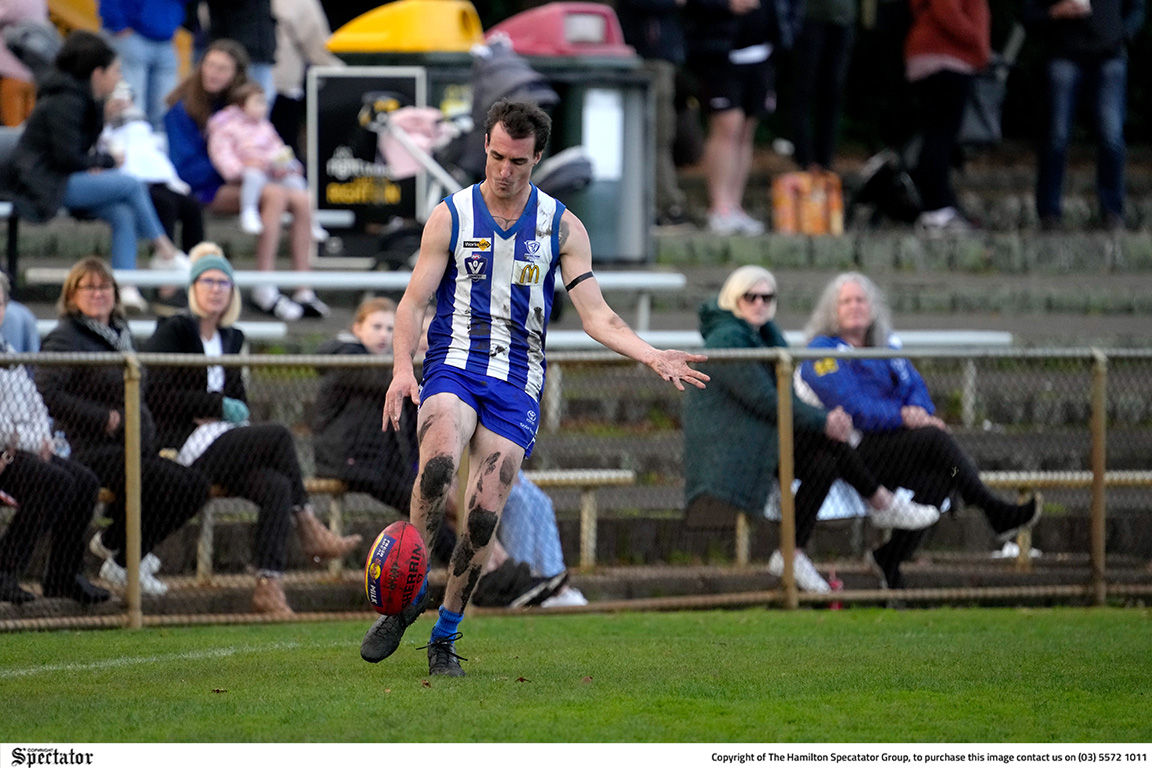 HAMILTON captain, Brady Hicks set the tone for the young Roos side on Saturday leading by example in the one-point loss against Warrnambool and was named as the best player. Photo: GLENN GUY.
By Blair Burns

INACCURATE kicking from the Hamilton Kangaroos could’ve quite possibly cost them a spot in the finals as they went down by just one point to Warrnambool at Reid Oval in round 11 of the Hampden Football Netball League (HFNL) senior football.

It was an important game in the grand scheme of the season for both teams who were just separated by percentage with an equal season record of 5-5 prior to the clash.