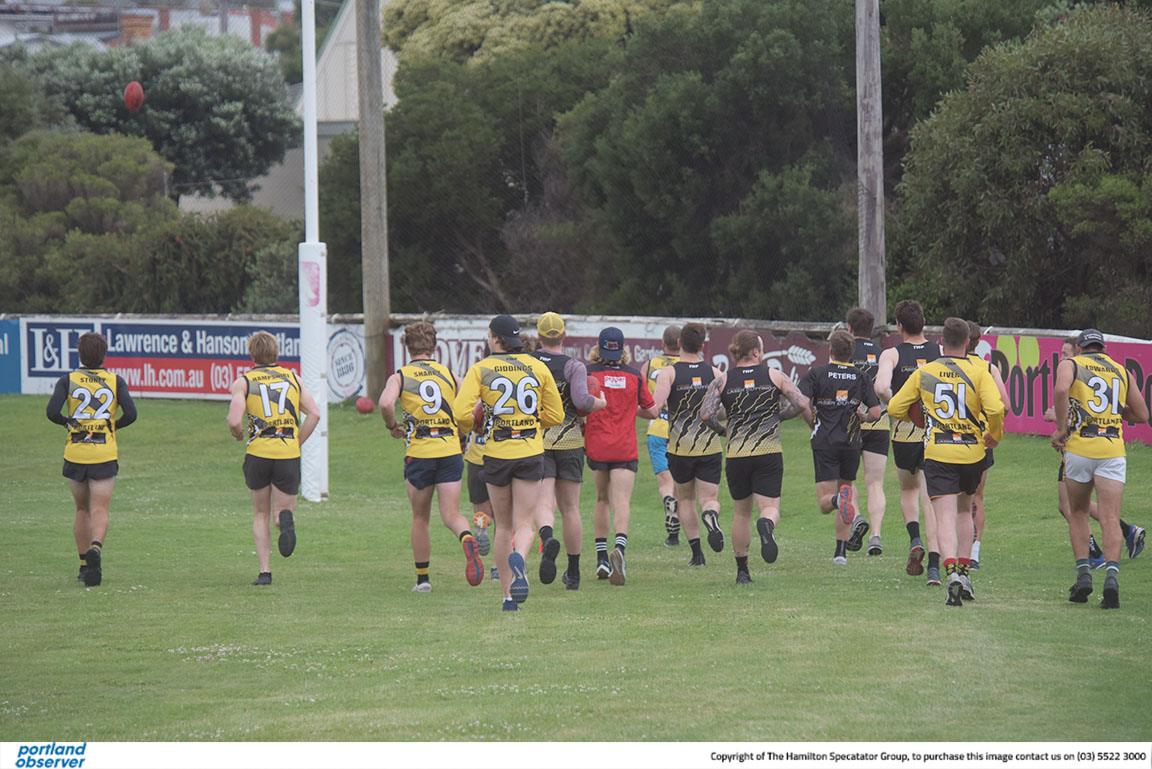 PORTLAND’S preseason campaign kicked off in ideal conditions on Monday evening with the senior and under-18.5 footballers beginning their preparation for the 2021 Hampden Football League season.

The 2020 Hampden was shaping up to be an exciting one for the Tigers after a heavy recruiting period.

Jarrod Holt was introduced to the position of senior coach while previous playing coach Tom Sharp was set to remain at the club.

The cancellation of the 2020 season was a crushing blow after a productive off-season and Holt said despite the circumstances things remained positive looking towards 2021.

“We’re still feeling really positive how the club’s recruiting has gone,” he said.

“Angus Clarke returned to South Australia this year and played for his home club (Goodwood) and won a flag there.

“He’s a South Australian boy originally and on our most recent catch up, he remained keen to join the club.

“It will all come down to where the country is at in a few months’ time in terms of travel restrictions and where he’s sitting with his personal life, but we’re still feeling good about our chances of gaining him.

“Lee Dale is a similar situation in Queensland.

“He’s still very interested in the club but will need more information about travel restrictions and what not before he can make any sort of commitment.

“If things don’t work out with those two though we’ve still been having plenty of quality conversations with other potential recruits too.”

Atwell is expected to return to Tyrendarra for the 2021 season and the playing future of Handreck is uncertain.

Portland’s first major recruit for 2021 is Jake Edwards, with 23-year-old training with the group for the first time on Monday.

Edwards last played for Portland in 2016, travelling back to town while juggling study commitments in Melbourne.

For the 2018 and 2019 seasons, Edwards was a member of the senior side at Avondale Heights, playing within the Essendon District Football League, after a brief stint training with Werribee in the VFL.

“Jake Edwards is a great get and we’re stoked to have him on board,” Holt said.

“We’ve been keeping in touch with another recruit from last season too, Sam Fleming, he’s recently relocated to Ocean Grove and we’re hoping he will squeeze in a few games with us.

“We’re optimistic that no matter what happens with any individual player, we’re aiming to bring in some new faces overall and get them playing quality footy.”