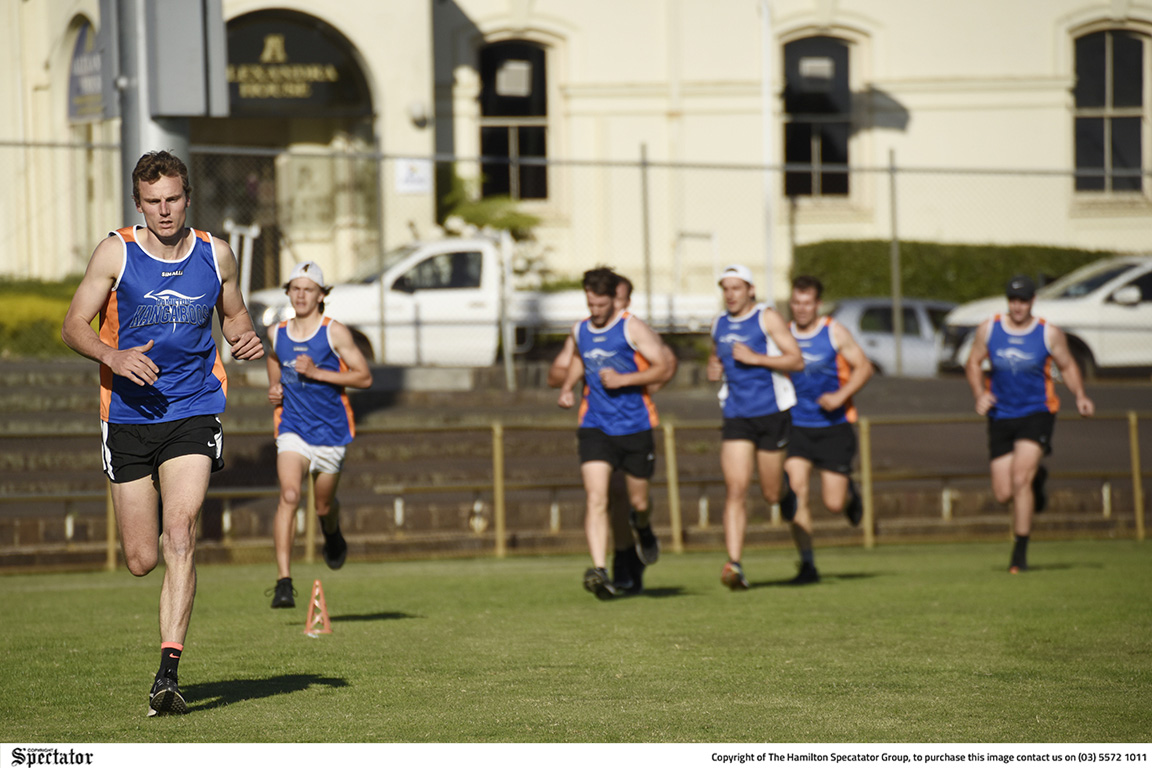 THE Hamilton Kangaroos are looking ahead to the 2021 Hampden Football Netball League season with the first official pre-season session under their belts.

The session, under the watchful eye of coach, Gerard FitzGerald, was also a chance to get the main group together as well as welcome some new faces to the club.

FitzGerald said it was good to return to some normality and get everyone together again.