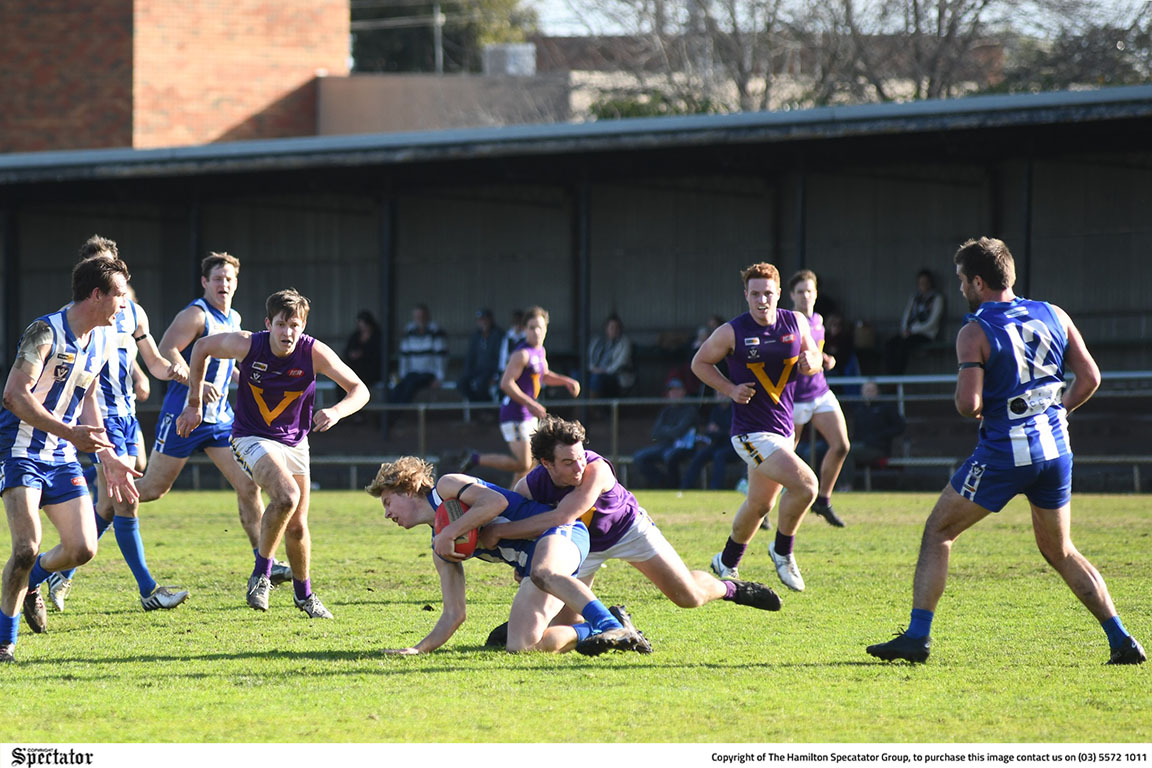 THE Hamilton Kangaroos will begin its 2021 HFNL season against Port Fairy at Melville Oval under the lights. Photo: SPEC FILE.
By Mitch Lang

THE Hampden Football Netball League (HFNL) has released its 2021 fixture and the Hamilton Kangaroos are set to meet Port Fairy round one at Melville Oval.

After a season without any play, both footballers and netballers of the HFNL will have Saturday, April 10 marked on the calendar as the day they return to their sport.

Hamilton plays the Seagulls in a night game first up, before taking to the road for two away games in a row which includes the annual Anzac Day game against Portland, at Hanlon Park in round three.

Round four again sees a return to Melville Oval under the lights against Terang-Mortlake while Hamilton’s other night game comes against Camperdown during the last game of the season.