Kangaroos better for longer against Bombers 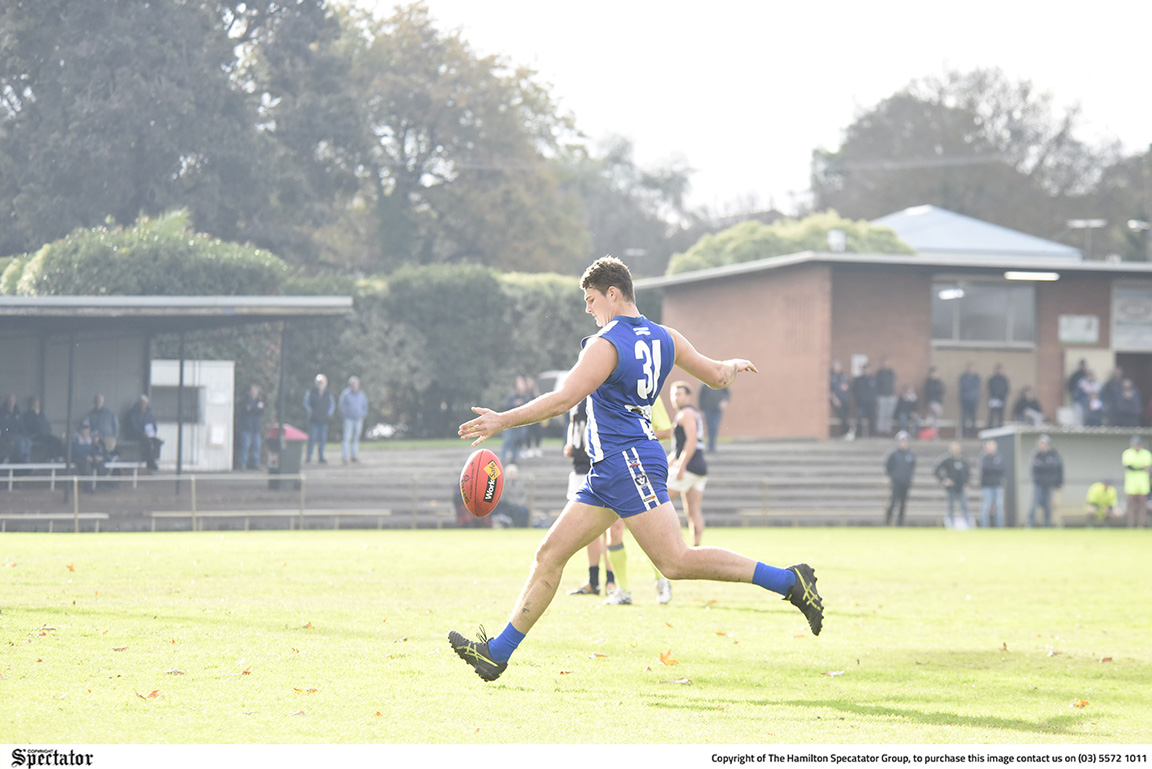 Entering Saturday’s round five encounter, the Kangaroos and Cobden were the bottom two teams on the ladder.

Hamilton had one win to its name while the home side was yet to join the winners list.

The Gerard FitzGerald led outfit jumped out the gates in an impressive first quarter, something FitzGerald said his side had produced several times already this season.

“We have had some good starts before against the likes of Port Fairy, Terang-Mortlake and Warrnambool,” FitzGerald told The Spectator.

“I think you look at quarters and see what the scoreboard says, but the pleasing thing is there were signs in the first quarter that were very positive.”