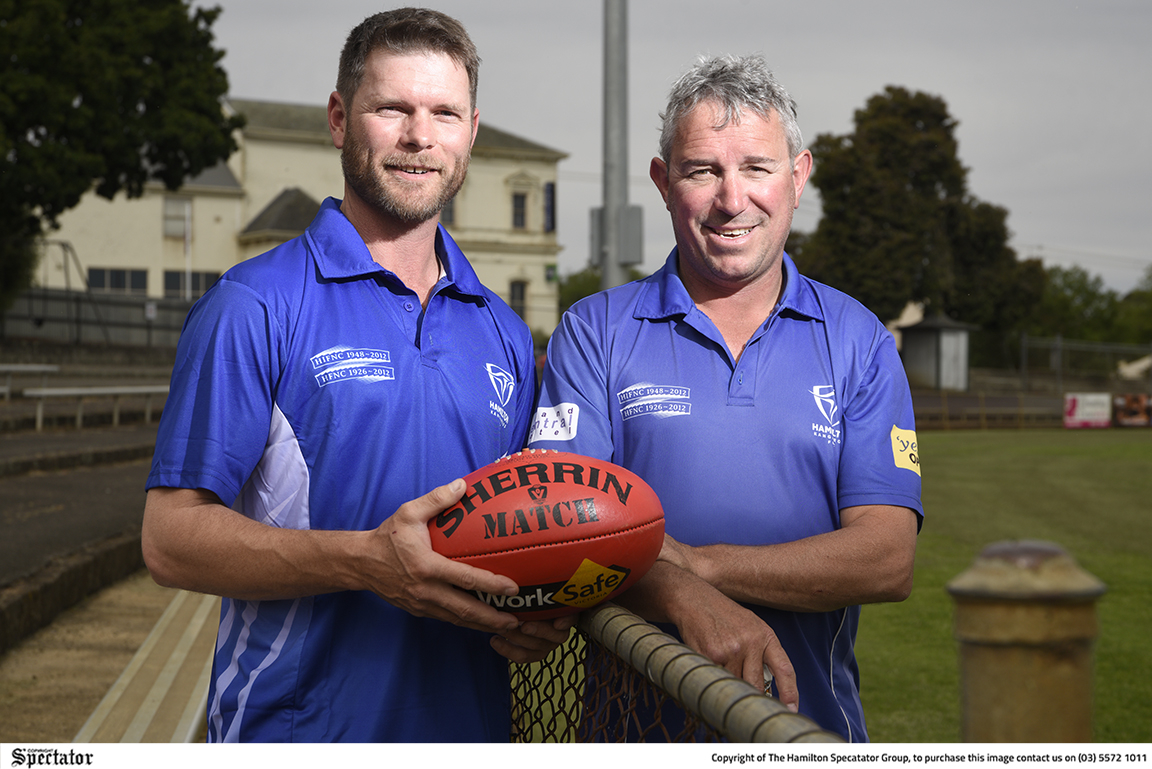 EXCITED to take on new junior coaching roles with Hamilton Kangaroos in 2022 are Craig Templeton and Stewart Casey. The pair will lead the two Under-14 Hamilton Kangaroos’ sides in the GSWJFL next year. Photo: BILLY EASSON.
By Blair Burns

HAMILTON Kangaroos Football Netball Club (HKFNC) has announced its coaches who will lead the Hamilton teams in the Greater South West Junior Football League (GSWJFL) for the 2022 season.

Following his successful 2021 season in the Under-14 competition, Rhett Beattie has moved up to take the reins of the Hamilton Kangaroos’ Under-16.5 team.