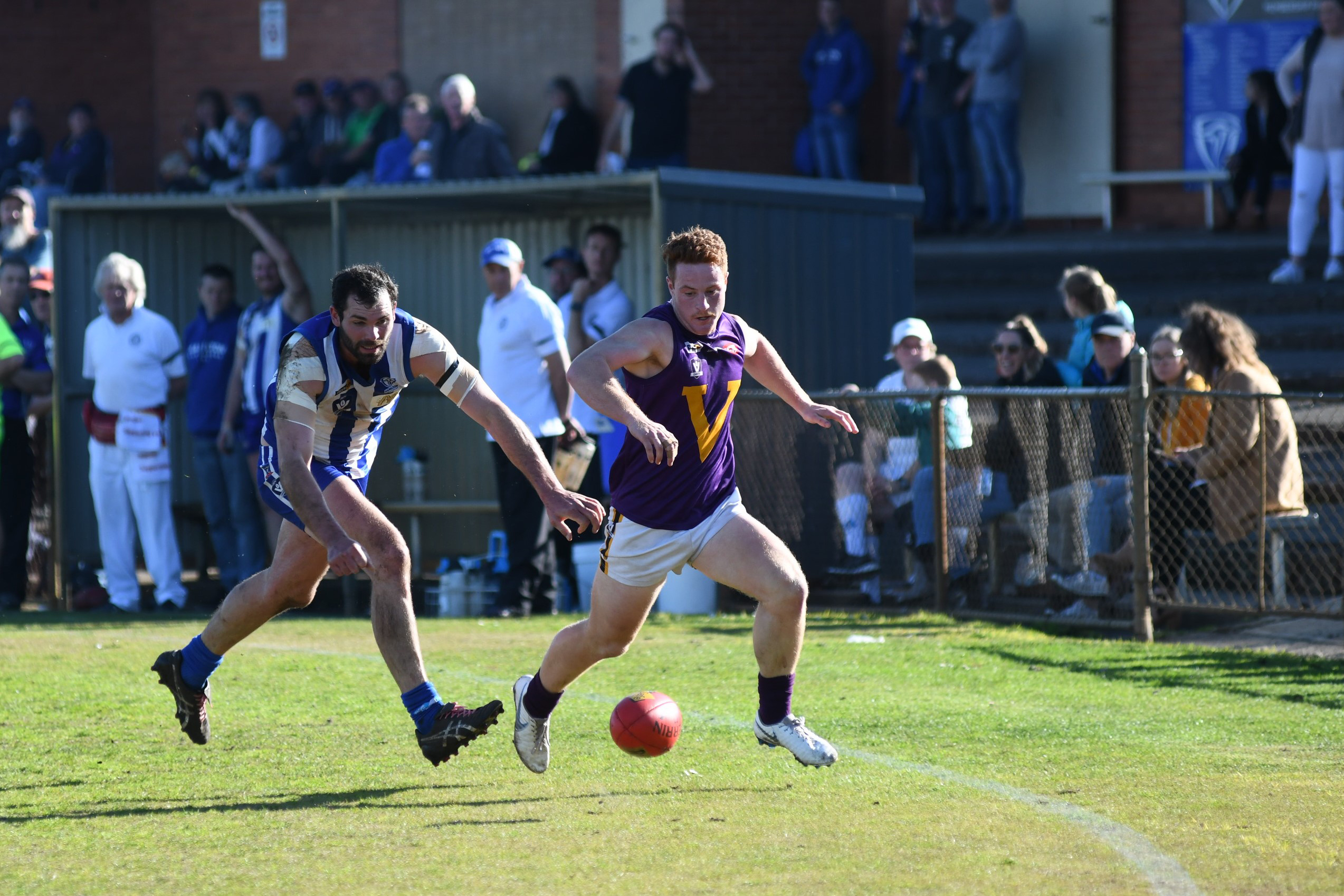 STAR midfielder, Kaine Mercovich, has returned home to Port Fairy after a year playing with North Adelaide in the SANFL. Photo: SPEC FILE.
By Blair Burns

FORMER Seagull and dominant Hampden Football Netball League (HFNL) midfielder, Kaine Mercovich, has returned to his former club and will be the assistant coach for 2022, after a year interstate playing in the South Australian National Football League (SANFL) for North Adelaide.

Mercovich started his football career playing Auskick in Port Fairy, he then made the move to Emmanuel Hawks for his juniors before taking up senior level duties at the Seagulls.