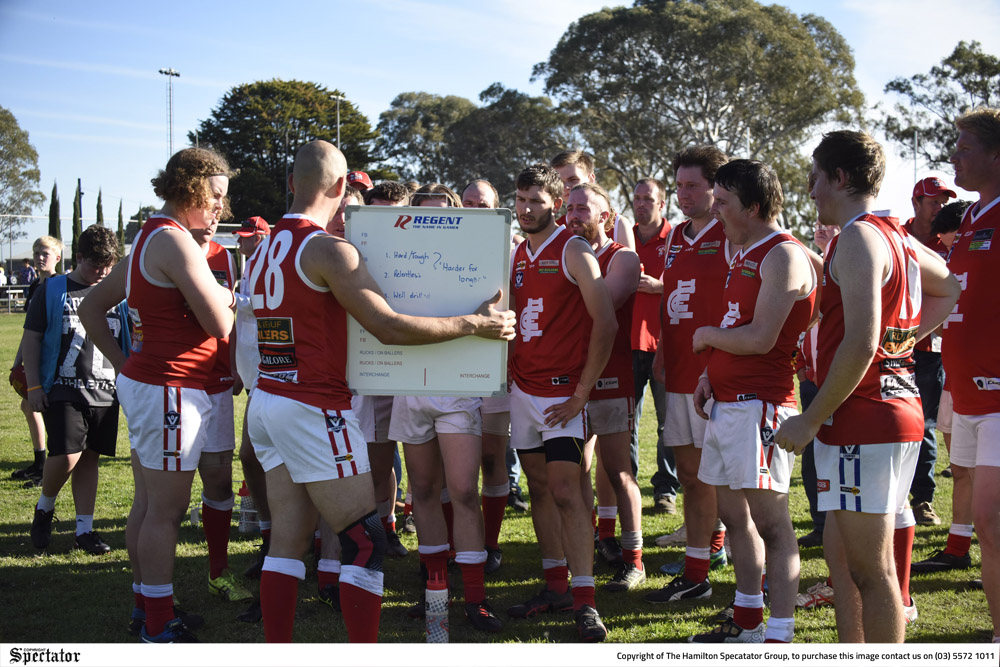 CAVENDISH coach, Clinton Thomas, was hoping for an increase in the club’s points tally for the 2021 SWDFNL season. Photo: LAUREN HAY.
By Adam Hill

THERE will be no changes to the player points tally for any of the south-west clubs after AFL Western District released the totals for the 2021 season.

Each club will go into next season with the same totals allocated for this year.

The prospect of players dropping one point for this season was ruled out with the criteria of someone playing five senior or reserve games not met, meaning players will hold the same value for next year.