Giants of the competition 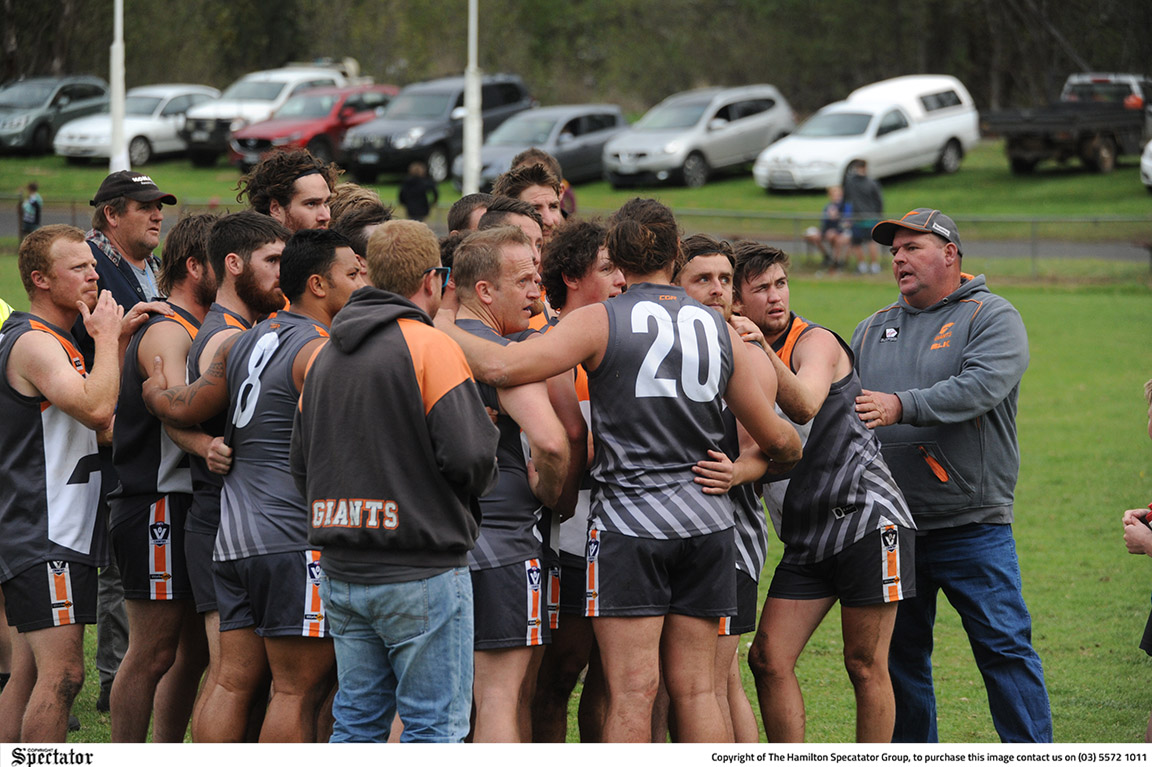 DARTMOOR sits clear at the top of the ladder after defeating Tyrendarra on Saturday. Photo: TARA FRY.
By Thomas Drew

THE Dartmoor Giants are the rulers of the South West District Football Netball League (SWDFNL), at least for now.

The Giants’ senior side maintained its unbeaten start to the season on Saturday with a commanding come-from-behind win against Tyrendarra at Yumbah Oval.

Both sides had their fair share of the play throughout the first three quarters, but both half-back lines played extremely well, preventing many shots on goal.

Tyrendarra held at least a two-goal lead for most of the match, but two quick goals from Dartmoor at the end of the third quarter and one in the first minutes of the last term drastically changed the momentum, and the Giants ended up 9.6 (60) to 6.4 (40) winners.

It was a physical, dour contest for most of the first three quarters and although both teams had periods where they controlled the play, neither truly dominated the game until late in the third quarter.